“We were therefore buried with him through baptism into death in order that, just as Christ was raised from the dead through the glory of the Father, we too may live a new life.” – Romans 6:4

One of my favorite authors is C.S. Lewis. I have loved reading many of C.S. Lewis’ books throughout my life, but my favorite has always been and continues to be The Chronicles of Narnia. These seven books tell the journey of several children who are magically taken to the land of Narnia. In Narnia, they experience great adventures and learn the deepest of life’s lessons. I first encountered The Chronicles of Narnia in my 5th grade class. My teacher, Mrs. Applebee, would read from these books each day. It seemed like our class went on a journey to Narnia, each day.

I was in high school when I was told that The Chronicles of Narnia were much more than just great books of fantasy. They were, in fact, C.S. Lewis’ vision of the Christian faith for Children. Lewis wanted to share the foundations of the faith in an exciting way. He succeeded! Along the way, the children experience wonderful adventures, while learning deep truth.

In the book, The Voyage of the Dawn Treader, the children take out on a journey across the sea. They leave the familiar lands Narnia, join the crew of The Dawn Treader, and look for the seven missing friends of King Caspian. It is not an easy journey. They are challenged physically and spiritually.

The child who was challenged the most is named Eustace. To say that Eustace had a bad attitude is to put it mildly. Eustace was full of doubt, cynicism and greed. He was not nice. One day, The Dawn Treader stopped at an island. The crew explored the island for clues to the whereabouts of the missing people. A few of them, including Eustace, found a dragon’s treasure. Now most of them avoided the treasure, because it is known that a dragon’s treasure is cursed. However, Eustace could not help himself. Spotting a beautiful gold bracelet, Eustace took it for himself. As he put the bracelet on, he began to transform. It was not long until Eustace had become a dragon himself.

For a brief moment, Eustace enjoyed being a dragon. After all, who wouldn’t like to fly?  Soon, he wanted nothing more than to be a boy again. He began to regret his actions that led to becoming a dragon. Eustace began to wrestle and scratch, trying to remove the dragon and hopefully reveal his true self. It was impossible. He tried and tried but the dragon hide was thick and tough.

Eustace was exhausted and desperate. Just when he thought there was no hope, Aslan, the great lion who represents Jesus, appears. Aslan says, “You will have to let me undress you.” Eustace later describes the process; “The very first tear he made was so deep that I thought it had gone right into my heart. And when he began pulling the skin off, it hurt worse than anything I’ve ever felt. The only thing that made me able to bear it was the pleasure of feeling the stuff peel off.”

The Voyage of the Dawn Treader ends with Eustace becoming a boy, once again.  However, he was not the same boy. His trials and his encounter with Aslan (Jesus) transformed him and gave him new life.

The scriptures are filled with transformation.  At the heart of our faith is the understanding that God’s love and grace can and will change us. We do not have to be who we are today. God can remove our burdens. Surrendering to Jesus helps us to find the true strength needed to overcome the things that weigh us down. Like Eustace, we can live a new life, filled with joy and purpose. We only have to surrender and let God work in our lives. 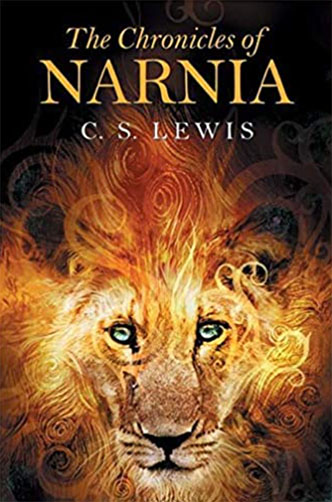