When We Leave Behind

“Jesus was walking by the Sea of Galilee. He saw two brothers. They were Simon (his other name was Peter) and Andrew, his brother. They were putting a net into the sea for they were fishermen. Jesus said to them, “Follow Me. I will make you fish for men!” At once they left their nets and followed Him. – Matthew 4:18-20

For most of us, time at the lake is a relaxing getaway from the business of life. For Peter, the lake was life. He was a fisherman who grew up on the waters of the Sea of Galilee. Most likely he learned his trade from his father. He spent his days and nights fishing and selling fish to the community. The lake was work for Peter. The lake was the only life Peter had ever really known.

When Jesus approached Peter, and his brother Andrew, his invitation to follow would truly disrupt their lives. Jesus came to Peter and Andrew and said, “Follow Me. I will make you fish for men!” Suddenly, what Peter had done for his entire life was now a thing of the past. Jesus had invited him into an entirely new life, a new adventure.

I wonder how Peter felt as he left his nets and followed Jesus? Gripping those nets was hard work, but that hard work was comfortable for Peter. How did it feel to leave behind his boats? I wonder what was going through Peter’s mind as he left the shore of that lake that he had known for his whole life and followed Jesus into the unknown? Peter, Andrew and all of the disciples were about to experience something new.  They were about to have their world changed. They were about to change the world.

There is a fear that comes with leaving the normal behind, but there is a greater joy that comes when we join Jesus in ministry. When we leave behind those things that God asks us to leave, we find strength and energy to travel the journey with Jesus. When we follow after Jesus, we become those who share love and hope with our world. When we leave behind those things that hold us back, we become those who share peace and joy in a world that so desperately needs the life that God intends. 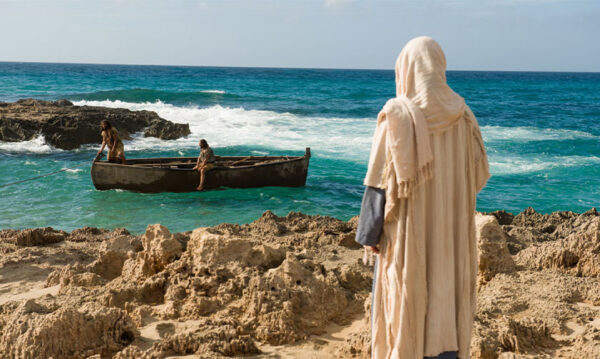