What is it about Broadway that excites our minds and touches our hearts? The music? The dancing? Of course! But sometimes a story is so powerful, we can see ourselves in the characters. We share their joy. We understand their pain. In the end, we are inspired. You will be too – through guest performers and meaningful messages as we experience some of the most memorable musicals ever written.  You can be sure the music will be special and the message will have something for everyone. Below is the list of shows that will be highlighted during the 2019 series.

Camelot is based on the King Arthur legend as adapted from the T. H. White novel The Once and Future King. After the arranged marriage of Arthur and Guinevere, the king gathers the noble knights of the realm to his Round Table.  The dashing and stalwart Lancelot joins, but soon finds himself enraptured by the lovely Guinevere.  When Arthur’s illegitimate son, Mordred, reappears in the kingdom and outs the secret lovers, Arthur finds himself trapped by his own rules into taking action against his wife and closest friend.

Opened on Broadway at the Gerald Schoenfeld Theatre on March 12, 2017.

Based on an inspiring true story.  September 11, 2001 was an ordinary day in isolated Gander, Newfoundland—until the world changed.  Thirty-eight planes were diverted to its doorstep on that fateful day, making this small town unexpected hosts to an international community.  The camaraderie that followed reminds us all of the power that comes from opening up your heart and your home.

More About Come From Away

The Broadway production opened at the Virginia Theatre on January 23, 2005.

This musical is Louisa May Alcott’s autobiographical account of her life with her three sisters in Concord, Massachusetts in the 1860s.  With their father fighting in the American Civil War, sisters Jo, Meg, Amy and Beth are at home with their mother, a very outspoken woman for her time.  The story tells of how the sisters grow up, find love, and find their place in the world.

The musical opened on Broadway on October 12, 1971 at the Mark Hellinger Theatre.

Borrowing from the four Gospels, this musical tells the story of the last seven days of Jesus Christ’s life.  The work’s depiction offers a free interpretation of the psychology of Jesus and other characters.  Much of the plot centers on Judas, the betrayer, who is dissatisfied with the direction in which Jesus is steering his disciples.

Premiered on Broadway at the Richard Rodgers Theatre on August 6, 2015.

Alexander Hamilton’s story comes to life on stage as a simple, perfectly ordinary man who is capable of making mistakes, and also capable of greatness.  The musical transforms seemingly boring talks about finances and war into real musical battles, using hip-hop and other contemporary musical styles to tell the incredible story of one of America’s Founding Fathers.

Premiered on Broadway at the New Amsterdam Theater on November 13, 1997.

A young lion prince is cast out of his pride by his cruel uncle, who claims he killed his father.  While the uncle rules with an iron paw, the prince grows up beyond the Savannah, living by a philosophy: No worries for the rest of your days.  But when his past comes to haunt him, the young prince must decide his fate: Will he remain an outcast or face his demons and become what he needs to be?

More About The Lion King

The contemporary service, LifeLight, is at 9:15 a.m. and features contemporary Christian songs led by our praise band. Traditional Worship begins at 11 a.m. includes a chancel choir, orchestra, and traditional order of Worship. The sermon is broadcast on video from the Downtown Campus.

The Worship Service at 10:40 a.m is traditional in style, with the sermon presented on video from the St. Luke’s Downtown Campus.

Worship with us online anytime, anywhere.

"Can you see the opportunity for kindness?" 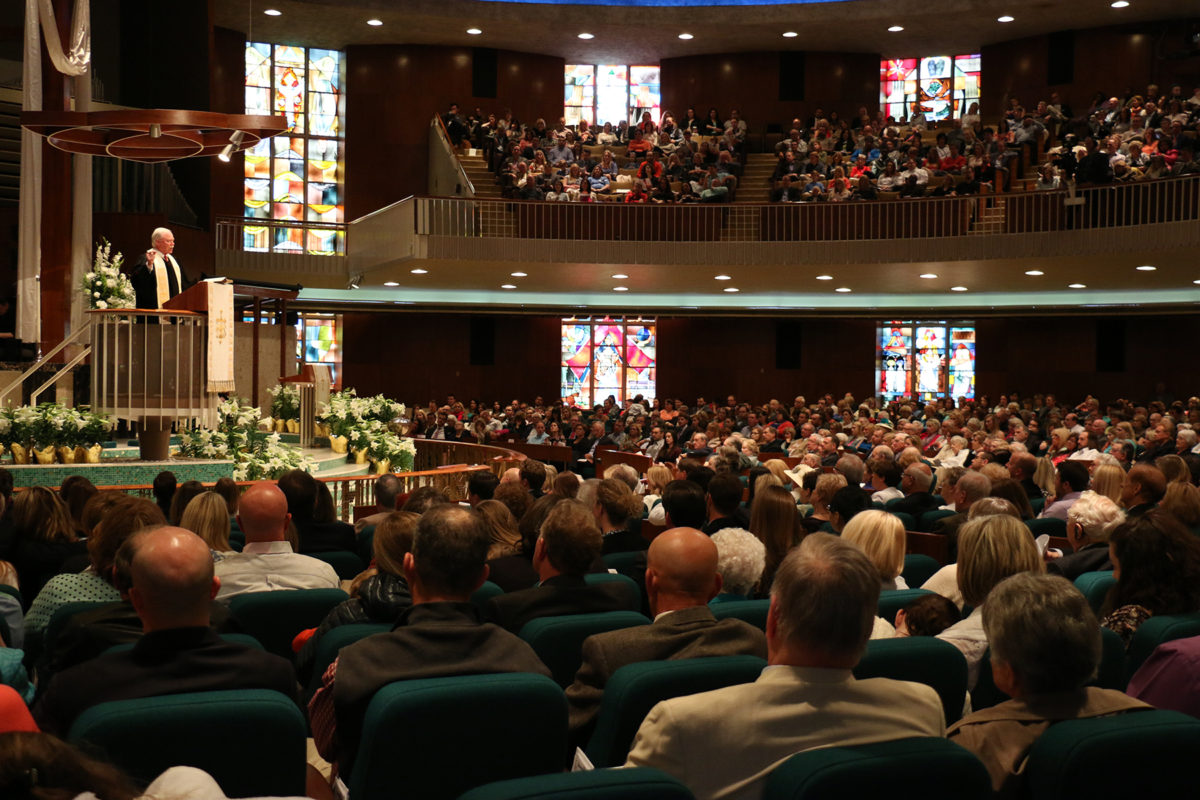