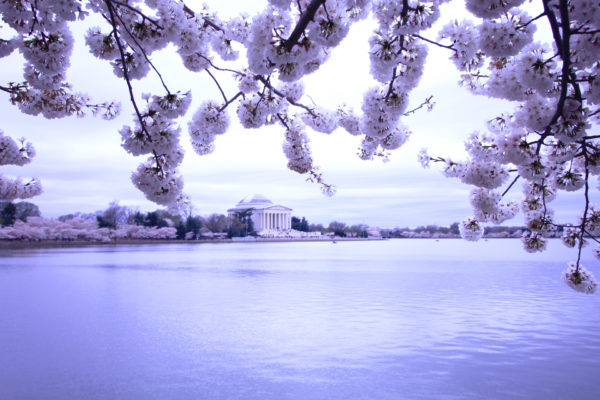 Hello from Washington, D.C.! A group of 14 of us from St. Luke’s is here enjoying a chance to tour the Museum of the Bible and a few other sites in our nation’s capital over the next few days. We arrived yesterday to crisp and sunny weather and were welcomed by cherry blossoms in full bloom. After checking into the hotel, part of the group trekked across the National Mall toward the Smithsonian National Museum of Natural History. There, we meandered through inviting exhibits including a geology showroom with the Hope Diamond.

A short walk around the block this morning brought us to the Museum of the Bible. Built in the shell of what once was a refrigerated food warehouse for train transportation, the Museum’s architecture is the epitome of high design, with immaculate stone halls and technology features that are as engaging as they are educational. Upon arrival, we were ushered first into an encompassing storytelling experience of the Hebrew Bible. Sensory and enchanting, our group literally took a walk through some of the best-known stories of the old testament. It was one of the best experiences I have had at a museum, rich in deep colors and tangible visual elements that truly puts you into the stories of the Bible. 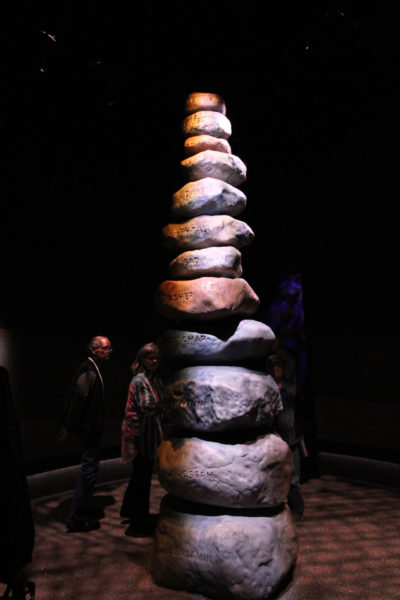 Before weaving through the hundreds of historical bibles, manuscripts, and codices in the museum’s collection, we took a moment to learn and appreciate the faithfulness of God to his people through the Word. Rev. Lambert detailed the story of the historic 1947 finding of the Dead Sea Scrolls and how they would be compared to what we have today and be more than ninety percent the same. I am in awe that after 2,000 years, these foundational words of our faith were preserved with such consistency. 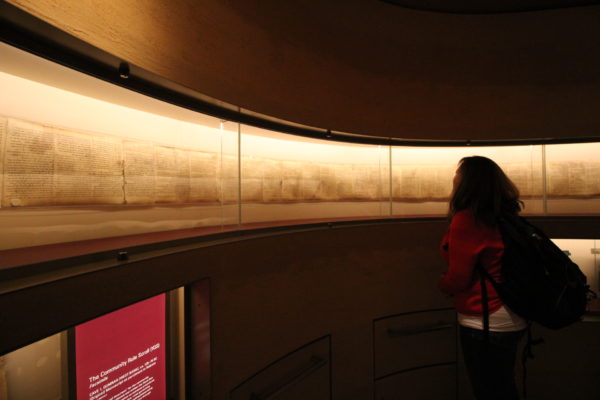 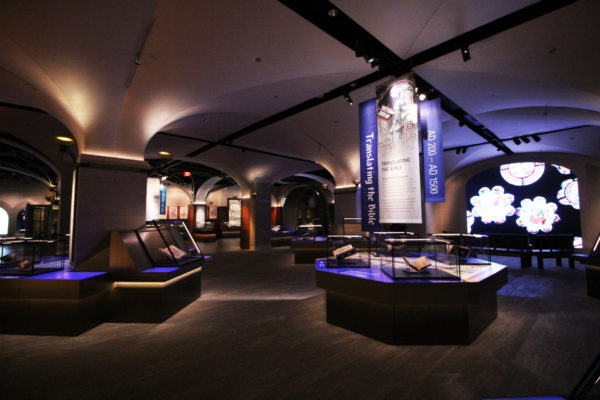 From there we took a ride over to the National Holocaust Museum and Memorial. I wasn’t prepared for what I would encounter there, albeit I was warned it would be overwhelming. The museum was much of what a visitor might expect—endless cases containing Nazi propaganda and historical information captured in visually appealing three-dimensional displays. But there was a layer of humanness, a very personal nature to the experience at the museum. The first thing we did was pick up an Identification Card with the name and story of a person who lived during the holocaust. I picked one up off the top of the stack and opened the cover. Her name was Sylvia Winawer. I immediately noticed that she shared the same birthday as my daughter, July 10. Sylvia would ultimately survive the holocaust, but her life was forever changed by what she experienced. 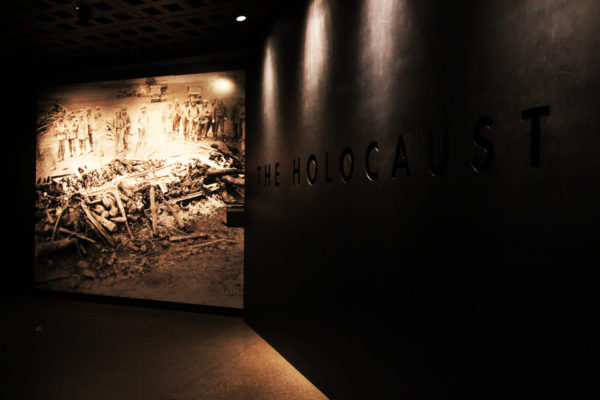 What struck me the most about the stories at this museum is how they exposed the fragility of freedom—the concept that for as easily as we take for granted the freedom we have it can be taken away because of forces outside our control. People just like you and me were victims to these crimes. People like you and me were the perpetrators of these crimes. This was not distant history; this was modern times. It was too relatable.

The stories we heard, however, revealed a very hopeful message. Even through the immense pain, suffering, and persecutions that they have gone through since biblical times, the Jewish people are still here. God did not abandon them; God remembered them, God was with them, just as God always remembers and abides with us.

We wrapped up the day reflecting with each other over an evening meal. This is one of my favorite parts about every trip I take with the church. We have time to discuss how God moved that day in our little St. Luke’s community in D.C. (or Israel, or wherever!) and create deeper bonds with other believers in our family of faith. I am looking forward to another incredible day tomorrow! 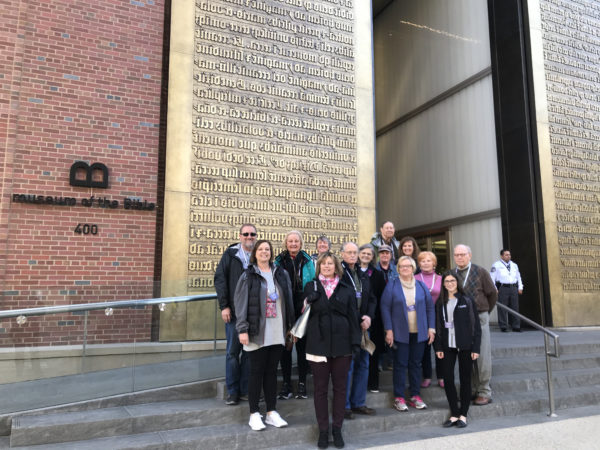