When the great crowd of the Jews learned that he was there, they came, not only on account of Jesus but also to see Lazarus, whom he had raised from the dead. So the chief priests planned to put Lazarus also to death, because on account of him many of the Jews were going away and believing in Jesus.
– John 12:9-12
When I was looking at the story of Lazarus this year, I came across the three verses above. I don’t recall noticing this particular part of the story. This follows the story of Mary anointing Jesus with oil and His triumphal entry into Jerusalem. As I thought about this passage, it reminded me of just how much of an impact the raising of Lazarus would have been. Here a man had been dead for four days, and Jesus raised him from the dead.
There was a great crowd of Jews, not just to see Jesus, but to see for themselves that Lazarus was alive. It was a great testimony to the power of Jesus and the Pharisees were fearful that more people would believe in Jesus because of Lazarus. Lazarus was a walking miracle.
The power of Jesus continues in our world today; there are many walking miracles around us. My mom is one of them. She has battled many medical trials in her life, from a tragic horse accident in the 80s, an autoimmune disorder in the 90s, and cancer in the 2000s. She has a powerful prayer life and continues to be an encouragement to others that are going through similar situations. She is a constant reminder to me and my family of just how powerful our savior is.
There is no biblical reference to what happens to Lazarus after the resurrection of Jesus. There are some traditions that claim he became the Bishop of Marseilles, but I’m not certain of that. What I am certain about is that Lazarus had one of the best stories to tell others about Jesus, “I am a walking miracle. I wouldn’t be here without Jesus.”
I think, like my mother, many of us have a similar story and could easily say, “I am a walking miracle. I wouldn’t be here without Jesus.”
Brent Manning, Director of Communications 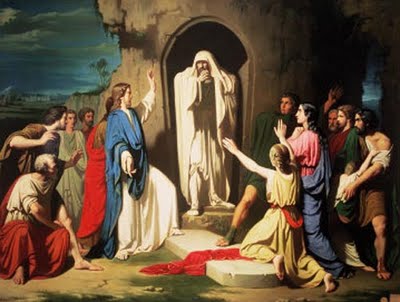