The Lasting Impact of Kindness

I haven’t told this story publicly, ever.  It was one of only two moments in my life that left me completely speechless.  I am still shuffling through all of the data in my head to come up with a logical reason as to why someone would step up and be so kind to me – but it defies all reason; it was God’s work through one couple that would change my perspective on friendship forever.

Early last summer, I was carrying a very heavy load, not counting the 30-something-week-old baby in my belly.  My husband had changed careers and was building a new business for himself, which meant that I needed to support our family in more ways than I had ever done before.  The stress was so intense that even my pets were acting strange.  I felt myself starting to crumble under the pressure. After another especially difficult week, my cat threw a tantrum and destroyed several items in the baby nursery that I had just completed.  I was devastated.  I worked so hard on the nursery and several things were destroyed – things we could not afford to replace.

I was supposed to host my community group that evening for Bible study, but I had to cancel because I was too emotional about everything going on.  Typically, I will hide my stress and push through with commitments, but instead I decided to be vulnerable with my community group family and tell them what was going on.  That week, one couple came over to our house just to check in and say hi.  Their care and support was overwhelming.  But when they left, I opened the sweet note they wrote… and this incredibly generous couple replaced the items that were destroyed so that Eleanor could have the perfect nursery when she arrived.

Why me?  I kept asking myself.  Even writing this story is bringing tears to my eyes again.  Why would they want to do this for me – why not give this to someone more deserving, in a greater situation of need than me?  It was because of our deep friendship that this couple wanted to bless our lives – a friendship borne out of a community of faith and strengthened by a willingness to be vulnerable with each other.  They told me later that they had known they wanted to do something big for someone in need, but they were waiting for God to lead them to what that might be.  Their only request was that someday we pass on that generosity to another person who needs a hand.

I still cannot wrap my mind around the kindness that was shown to me, but it had a lasting impact.  Not only did it mean that Eleanor had a clean and beautiful nursery to come home to, it has also made me look at the world and actively seek ways to pass on that kindness to others.  That is the incredible gift of generosity – it ripples throughout a family of faith, the community, and the entire world. 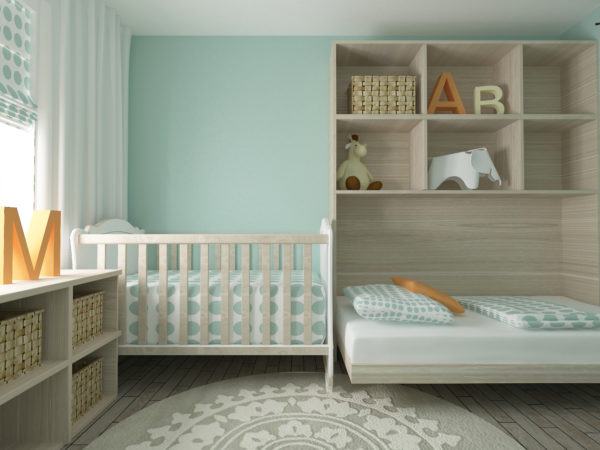