Andrew was the brother of Peter. Like Peter, Andrew was a fisherman. He would have spent his life on the sea of Galilee, working to provide for his family and to provide food for the community.

Andrew was not simply a fisherman. It would seem his heart looked to the world of faith. Unlike Peter, who seemed to find his foundation doing the work of fishing, Andrew looked to the spiritual world, as well. That is why he first becomes a disciple of John the Baptist. It is his time with John that prepares him to be one of the first followers of Jesus. John also tells us that he is the first to declare Jesus was the Messiah (John 1:41). John’s gospel also reminds us that it is Andrew who tells Peter about Jesus. Because Andrew followed Jesus first, the early Byzantine church called him the Protoklete, or “The First Called.”

Although Andrew was one of the first disciples, Peter quickly becomes the more prominent figure in the scriptures and in the history of the church. Andrew continues to be named several times in the scriptures. In John’s gospel, it is Andrew who helps with the feeding of the 5,000. It is Andrew who finds the boy with a few loaves bread and fish.

After the events of Easter, Andrew is thought to have taken the good news of Jesus to the area around the Black Sea. That is a long way away from Galilee and Jerusalem. Legend says that, like his brother Peter, he is arrested and sentenced to be crucified. Because he did not think he was worthy to die the same way as Jesus, he was crucified horizontally. Today, the “St. Andrew’s Cross” is the symbol found on many flags around the world, including Scotland.

Like so many, Andrew surely wrestled with his faith. When facing the large crowd, his disbelief was revealed as he asked Jesus, “There is a boy here who has five barley loaves and two fish. But what are they among so many?” His doubt was present, but so was his faith.

Like Andrew, we see all that God has done for us. We can easily be grateful for the significant things in our lives, like grace, family, church and friends. However, we often fail to see the significance of the little things in our lives. In the feeding of the 5,000, Andrew struggles to see how important a few loaves of bread and fish truly are, especially when God is involved. It reminds us that our practice of gratitude must extend to the little things, for God does big things with what we consider small. Andrew’s story reminds us that even the little things are important.

Take some time to consider all that you have to be grateful for. What are the “little things” in your life that you need to give thanks to God for today?

Focus for the Week:

This week, pay special attention to where you are. Limit your multitasking (studies show that multitasking doesn’t accomplish more and what is accomplished isn’t as successful as focusing on one subject at a time). Give yourself space and time to focus on what’s around you and especially who is with you. If you don’t have one already, start a journal where you write down three things each day for which you’re grateful, and then make sure to give God thanks for them as well. 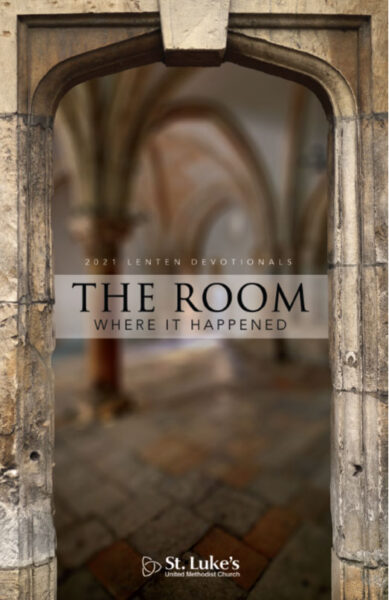