Two of my most treasured pictures of our children are on my nightstand where I can see them every day.  They are of Kelly and Paul in their bassinets in the hospital nursery when they were just a day old.  Teddie Reichert, a very close friend of Bob’s family, had taken both of these pictures through the window of the nursery.  They are not professional, but they are priceless!  I love the story they tell.  When our babies were born, they were kept in the nursery and would be brought to us when it was time for me to feed them, then we would get to keep them with us for a while.  In Kelly’s picture, she was on her back with her little fists lifted and her mouth was set, ready to eat.  In Paul’s picture, he was on his stomach and he had just been fed. He was chilled and sound asleep.  Clearly, in these pictures, one baby was hungry, and the other baby had just been fed.  But I smile as I think about how very different they are to this day and recall that they were even as infants.

One day I got home from work early and Paul was standing at our kitchen island making two peanut butter and jelly sandwiches for an after-school snack.  We started talking about the day when all of a sudden Kelly burst through the front door in a mad dash.  She ran past us into the laundry room, flipped down our built-in ironing board, plugged in the iron and, as she ran back by us, asked Paul if he would please iron her blouse because she only had 30 minutes to be showered, dressed, and back out the door.  Paul replied, “Sure,” and kept working on his sandwiches. As she flew up the stairs to shower, he looked at me and said, “Have you ever noticed how the stress level goes up a notch or two when one of them comes through the door?” Without calling any names, he knew he had made his point. He smiled, ate a few bites of sandwich, then went to iron his sister’s blouse.  She was downstairs and out the door in record time, thanks to the help of her brother.

Although Kelly and Paul are different in many ways, they have always been close in the ways that count.  They love, support, and encourage each other. Sure, there were times they got angry or frustrated, but there was an unspoken rhythm between them, that of knowing they could always count on one another.

With all of the stress that surrounds our lives these days, let us look for ways to value those around us and see the best in them rather than dwell on the differences between us.  God delights in bringing people together and using their differences to make an impact in the world.  What a blessing it is that we are not all the same. 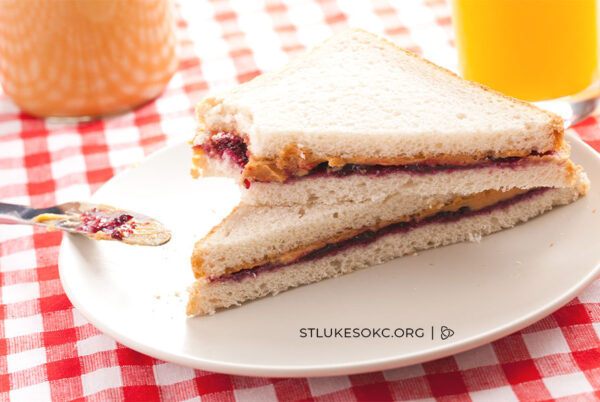