“And I am sure that he who began a good work in you will bring it to completion at the day of Jesus Christ.” – Philippians 1:6

Wilma Rudolph had a difficult beginning to life. She was born premature at only 4.5 pounds. With today’s medical technology and advancements, premature births have a more positive outcome than when Wilma was born in 1940. Wilma also suffered from several childhood illnesses that were common in the 1940s. When she was only five years old, she contracted infantile paralysis that is brought on by Polio. This caused her to have to wear a leg brace for most of her early life. Needless to say, Wilma Rudolph encountered many childhood troubles that gave her challenging obstacles to overcome in life.

Without a doubt, Wilma Rudolph’s early medical trials could have defined her life. Her life could easily have been limited by her disabilities, but she chose to move beyond her limitations. With the help of a dedicated and loving mother, Wilma made weekly bus trips to Nashville, Tennessee, to treat her damaged leg. Her mother homeschooled her in her elementary years so they could maintain her treatments while keeping her safe from other illnesses. It was not a normal childhood, to say the least.

Looking past her normal life, Wilma began to develop a love for sports. By 8th grade, she began playing basketball and with a now stronger leg, she started running track. She quickly became a standout. Setting records on the basketball court and the track, she was quickly noticed and eventually signed a letter of intent to run track for Tennessee State. She had overcome her childhood limitations and was ready to run on a big stage. Wilma excelled in college. As a sophomore sprinter, she secured a spot on the 1960 USA Olympic team. While trying out for the team, she set a world record for the 200-meter dash. In the 1960 Olympics in Italy, Wilma won three gold medals.

For years, Wilma Rudolph’s normal life was isolation, medical treatments, and physical limitations. Thankfully, she did not allow the trials of her childhood to define her. She worked hard and pushed beyond her struggles. Wilma created a “new normal.” She became one of the most recognized Olympic athletes of her time. After retiring from athletics, she became a teacher and a coach in her hometown in Tennessee. From being unable to attend school, to a world famous athlete, to a teacher and coach in a public school, Wilma Rudolph is a wonderful example that one “normal” does not need to remain the constant. With God’s help and grace, we can redefine our future and create a new normal. 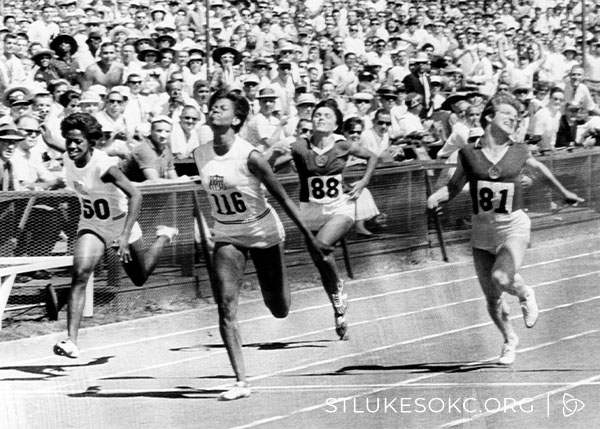