My husband Chris and I took our daughter Hannah and son Brooks to the Worlds of Fun Theme Park. It was a fun day and we had a great time together. At one point, Chris, Hannah, and Brooks went to ride a specific ride while I waited in a park restaurant. A group of young teenagers were sitting in the back part of the restaurant and proceeded to get louder and louder. They were getting rambunctious; soon they were screaming because one of the boys ate a bug on a dare and the rest of them went crazy. One threw a pepper container on the floor which exploded everywhere. Then, one of the girls threw her glass large cup of water at one of the others.  I sat there in the booth irritated at them and made several mental comments at their behavior. Just then, Brooks came back and told me that Chris and Hannah went on to another ride. He asked me what happened in the restaurant and I explained everything to him just as the rowdy group of teens left. I sat there still feeling angry with what they had done, but Brooks got up and walked over to the pepper shaker. He picked it up and took it to one of the restaurant employees. That employee saw the big mess, blocked off the area with chairs, and proceeded to begin to clean up. Instead of coming back to the booth where I was sitting, Brooks scooted past the chairs and helped the young man clean it all up. I was so proud of him, but I was also reminded of an important lesson.

In life, there will be plenty of times that we see others behaving poorly. We all have a choice. We can sit back feeling irritated and voice/think/post comments, or we can respond by doing something positive. It might be unfair when we are the ones who have to clean up someone else’s mess or poor choices, but it leaves you with a far better attitude than if you stay irritated on the sidelines. And chances are, you will improve the experience for all the other bystanders (especially if one is your proud mom!) 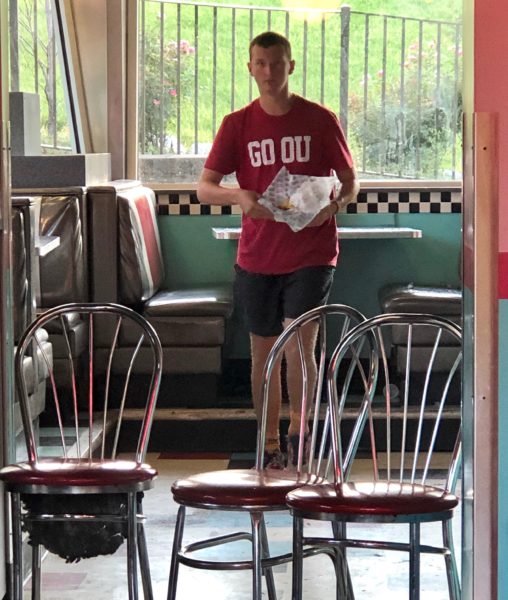 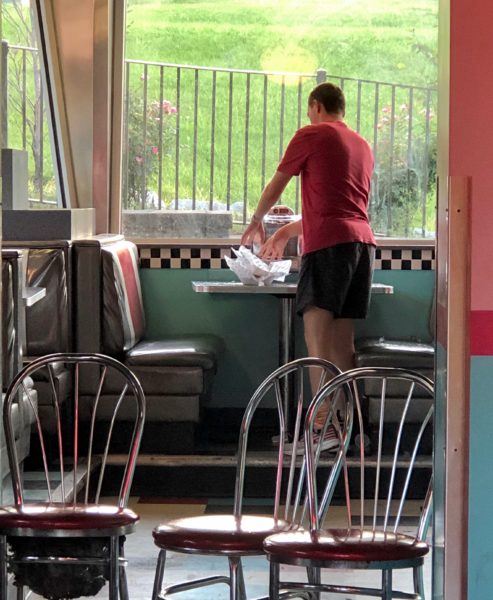