Day One – written by Wendy Lambert

Our first full day in Israel started off strong. We went to the ancient port city of Caesarea. The city is located on the shore of the Mediterranean Sea. It was developed by King Herod the Great who used a technique from Rome that allowed concrete to be created underwater. With that knowledge, he was able to build a port that drew in shipping from all over the world. It also was a resort city with a swimming pool, hippodrome, and theater that sat over 4000 people. We were able to visit the theater and were stunned at how well it has stood the test of time. But the real reason we were visiting the beautiful city was to learn more about our own connection to the Church. The apostle Peter was sent to Caesarea to preach to a Gentile – a Roman soldier by the name of Cornelius. A Gentile converted to become a Christian; our spiritual roots are found in Caesarea! 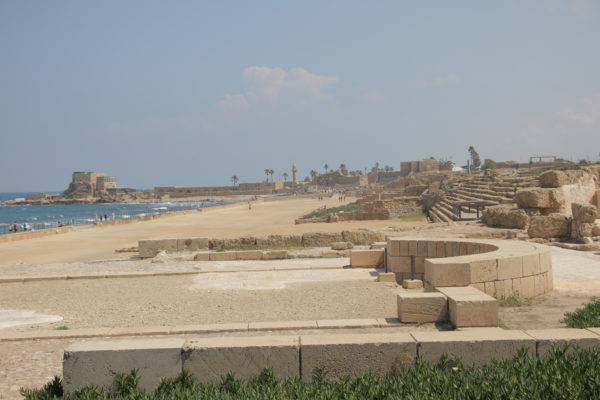 We then went to Megiddo. Megiddo is one of the most famous battlefields in the world. It was a chariot city and we walked up the same route that the horses would have raced up to the stables. While there we were shown several troughs made from stone. It is far more likely that the manger in which baby Jesus slept, was made of stone rather than wood. Megiddo is on a mountain directly across from Nazareth. Between the two cities is the Jezreel Valley, which is also called the Valley of Armageddon. The name “Armageddon” comes from the Hebrew words: “Har” = Hill, and “Megiddo” – meaning “Hill of Megiddo”. 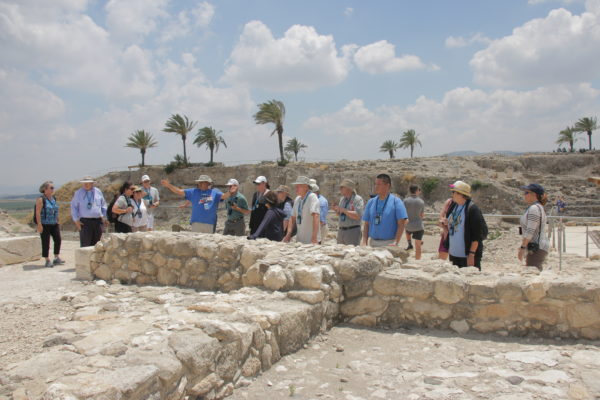 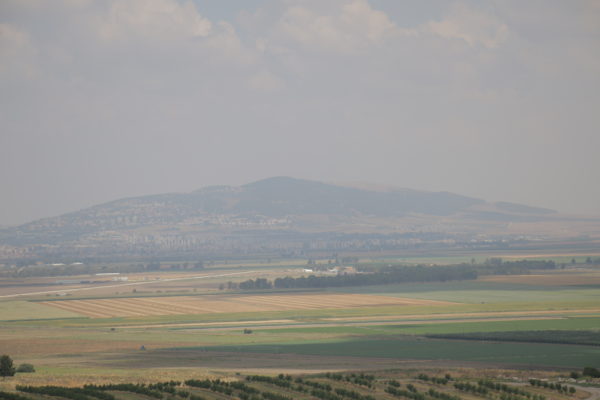 We crossed the Jezreel Valley to go to Mount Precipice. It is the traditional site that an angry mob took Jesus to the top of a cliff determined to throw him off when he miraculously turns and walks back down through the crowd. 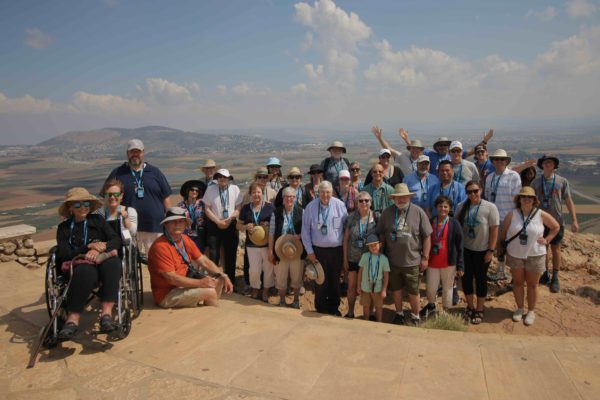 Our last stop of the day was to Magdala. Mary Magdalene was a famous resident of the town. A few years ago a Catholic church had started preparations to build a hotel for pilgrims when they discovered a synagogue that dated back to the first century. In the time since, a major archaeological dig has taken place. We were able to see the mosaic tile on the floor, the frescoes that were still on the columns and walls, and the replica of a large stone where the reader would roll out the Hebrew texts to read to the congregants. There is a significant probability that the disciples and Jesus had worshipped there. I can’t begin to describe the feeling of standing at a place where Christ had read Scripture, preached and taught. 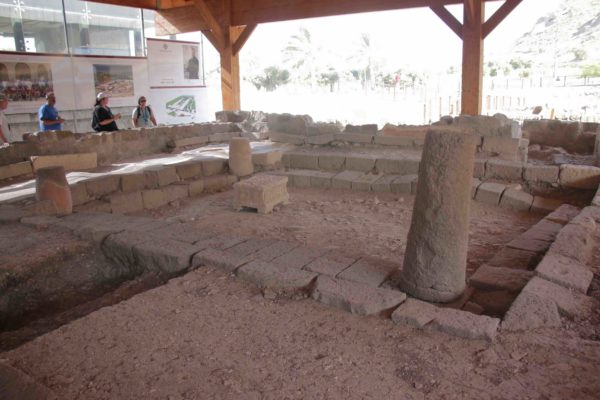 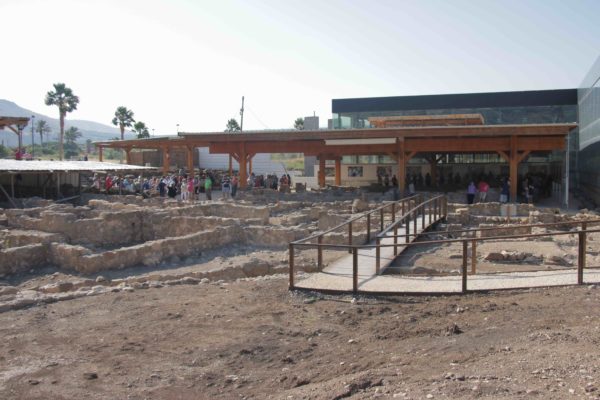 It was an incredible beginning of our trip! We experienced God’s presence through the beauty of the land, the historical and religious sites, and through fellowship with one another.