We began our day with a delicious breakfast buffet at our hotel in Tiberias. We left for Caesarea Phillipi, a historical site in northernmost Israel. The weather couldn’t have been better. Caesarea Phillipi is situated at the base of Mount Hermon. There is a large cave and a major spring that feeds into the Jordan River. The cave looks like a large mouth on the mountain and in ancient time was given the name “The Gates of Hell”. At the time of Jesus it was a place of pagan worship – specifically the Greek god Pan. On the side of the mountain we could see the niches carved into the rock where statues of various gods would be placed. It was to this very place that Jesus brought His disciples and asked them who they thought He was. Peter proclaimed, “You are the Messiah, the Son of the Living God.” 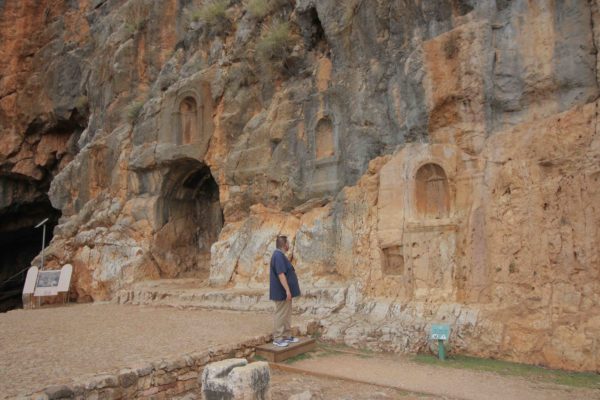 We left Caesarea Philippi and drove to the Mount of Beatitudes and then to Tabgha. We had a devotional moment and listened to a beautiful song written by the son of two of our group that featured their father/father-in-law. We were near the place where Jesus cooked fish on the beach for the disciples who had fished all night. There is a sculpture there of Jesus with Peter kneeling before Him. It captures the moment after the Resurrection where Christ asked Peter, “Do you love me?” Three times Jesus asked the question and three times Peter told Jesus, “Yes”, and Jesus told him, “Feed my sheep.” In the sculpture Jesus is giving a shepherd staff to Peter and blessing him to lead the church. We were able to walk down to the Sea of Galilee and touch the water where the disciples fished, where Jesus walked and calmed the storms. 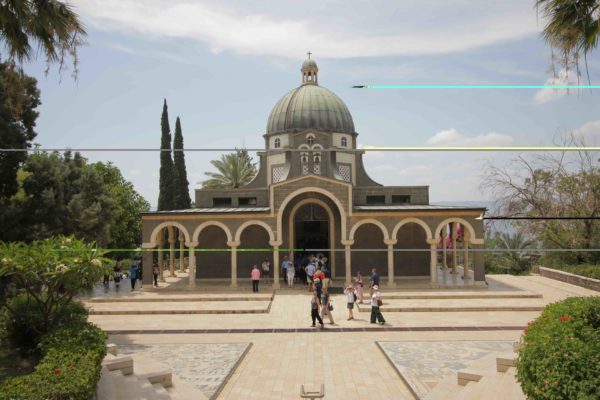 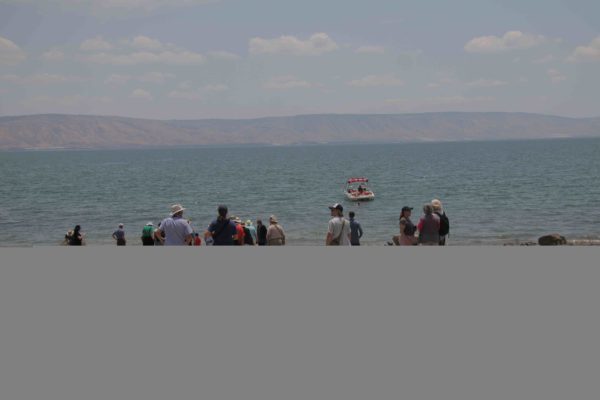 From there we took a boat ride on the Sea of Galilee. It was incredible! We sang hymns, read scripture, and had time for devotion and reflection. After getting off the boat, we went to the Jordan River and reaffirmed our baptismal vows. It was a beautiful moment when we gathered to remember God’s love for us and for all people. 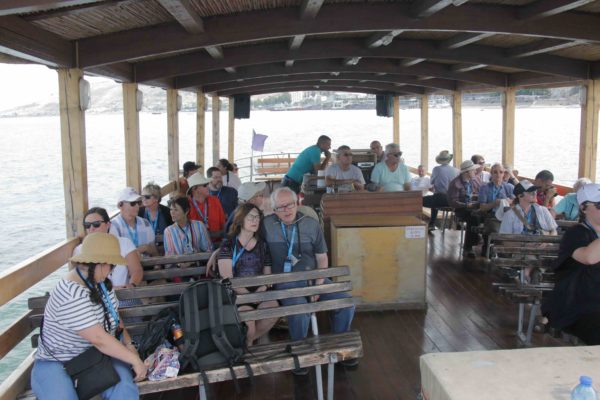 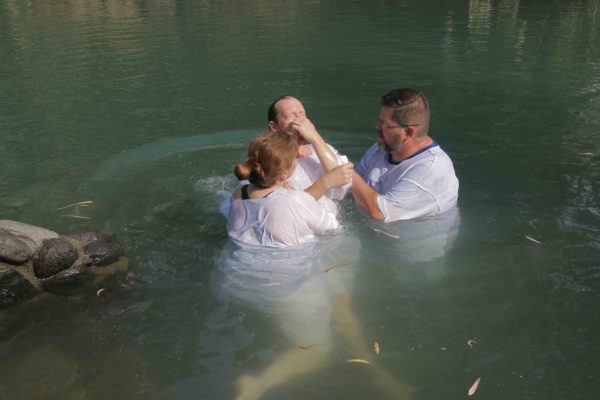 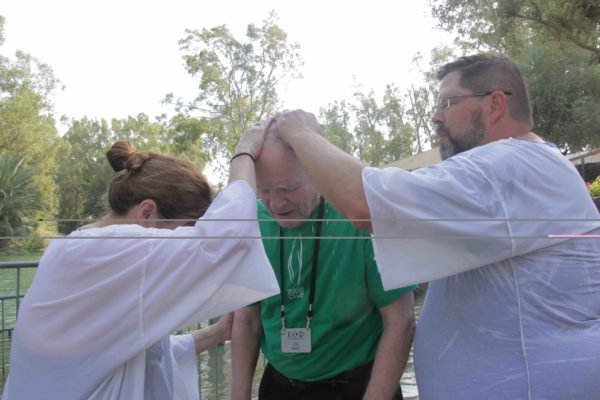