Bring Life To Others

“Cain said to Abel his brother, “Let us go out to the field.”  And when they were in the field, Cain rose up against his brother Abel, and killed him.  Then the Lord said to Cain, “Where is Abel your brother?”  He said, “I do not know; am I my brother’s keeper?”  -Genesis 4: 8-9

The Story of Cain and Abel is filled with daily struggles.  Both Cain and Abel worked hard.  They wanted to please God.  Cain especially struggled with anger, jealousy and selfishness.

Cain worked in the fields, growing crops.  Able managed animals, working hard to increase his flocks.  Each understood that giving a portion of their crops or flocks to God was the right thing to do.  After Cain’s crops had been harvested, he brought a small offering to God.  Around the same time, Abel selected “Fat portions from the firstborn of his flock.”  Abel’s offering pleased God, but Cain’s offering did not find favor with God.

Cain made several decisions that led to the tragedy of the death of his brother.  Most notably, Cain forgot his duty to others.  Cain was focused on himself.  He held back on his offering to God.  Cain was only focused on himself when he attacked his brother.  And when he was confronted by God, Cain asked that question, “Am I my brother’s keeper?”  The answer, of course is, “Yes!”

The struggle of all of humanity is the struggle against our selfishness.  The human condition, from the time of Cain and Able till today, is that we have a hard time seeing past our own wants and desires.  The scriptures, early on, seek to teach us that we must struggle against this condition and look to the needs of others.  God calls us to give and bless, not take from and harm others.

As a people of faith, we are called to love others, keep our brothers and sisters, and care for our neighbors.  When we offer our best to God and to our neighbors, we will bring life to others and we will know the joy that comes from living for God and looking beyond ourselves. 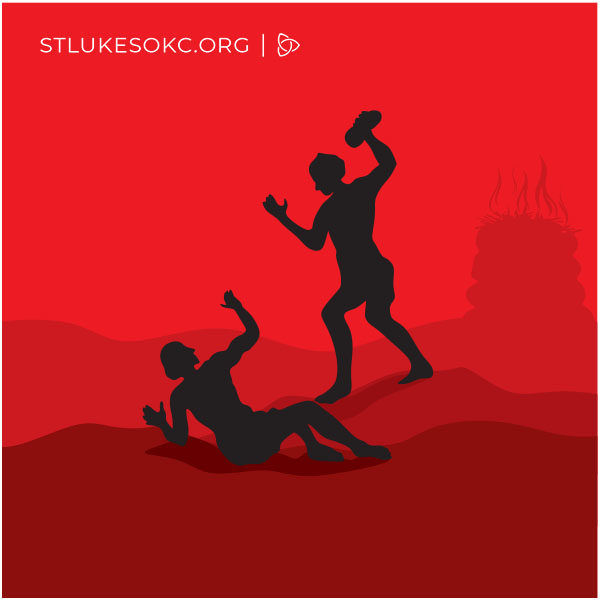