It is hard for me to believe, but just a week after I left Africa, I am back on Africa time. True, I’m not in Africa, but I’m in Greece which is in the same time zone as Kenya. 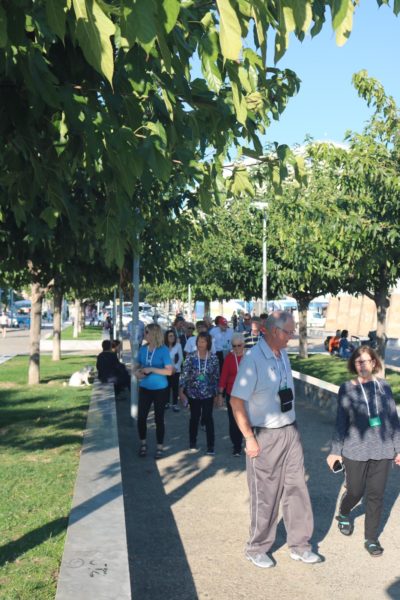 We are just beginning our trip to visit the places in Greece and Turkey important to the ministry of St. Paul and the early church. We left Oklahoma City, had a couple of stops (Houston and

Frankfurt), numerous queues through security and to show our passports, hours of restless sleep on the plane, and countless steps between gates and planes before we finally arrived at Thessaloniki. I was feeling a bit haggard, but then Dr. Joe Wine expressed it best when he said, “No matter how it was for us, Paul had it more difficult.”

From the airport, we stopped at the Church of St. Demetrius, patron saint of Thessaloniki. Demetrius was a Roman soldier who was martyred for his Christian faith. The Orthodox Church was incredibly beautiful but perhaps the highlight of the visit was when a group of Polish nuns on a pilgrimage began singing in the sanctuary. It was so lovely that it stopped us in our tracks. There looked to be just five or six of them singing but the song was powerful in its simplicity. We were on a schedule to make it to the next location, but the voices we heard in the Church of St. Demetrius gave us a wonderful memory.

On the plane I was reading a book that used this quote by Pope Francis:

“The priest who seldom goes out of himself …
misses out on the best of our people, on what can
stir the depths of his priestly heart. …
This is precisely the reason why some priests grow dissatisfied,
lose heart and become in a sense collectors of antiquities or novelties —
instead of being shepherds living with ‘the smell of the sheep.’
This is what I am asking you — be shepherds with the smell of sheep.”

I thought of this quote after leaving the church and having a chance to reflect on the journey of Paul in comparison to our hurried way of getting through as much life as possible. Paul walked around his ministry areas and spent time with the people. We tend to pride ourselves on “busyness.”  While I believe a strong work ethic is a good thing, there can also be a temptation to use it in ways to avoid making too many connections with others. There is a lot to be said of slowing down and spending time  with people—of living life with others, of caring for others so much that we even smell like them. 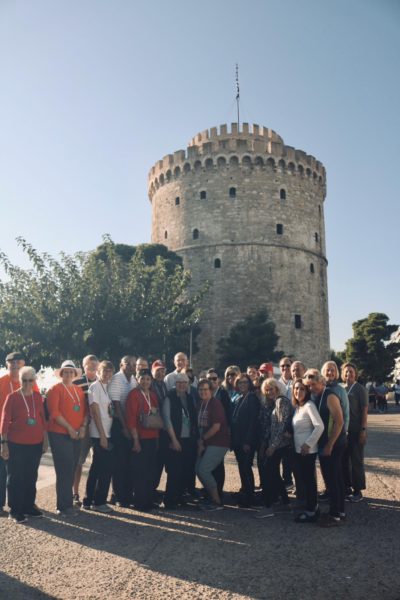 Wherever you are in the world, whether it is Oklahoma, or Kenya or Greece, be intentional about walking slower and engaging more. Stop yourself from focusing on where you need  to get to and instead think of where you are. Give some thought on how you can draw near to the Lamb, such that you “smell like His sheep.”