In honor of teachers (and in hopes that this post will make its way to Mr. Goodner) please share this status and add the name of a teacher who changed YOUR life!
Teachers have changed my life – over and over again!
I am so grateful for the many teachers in my life. There are so many who stand out to me. I have memories of how they made a difference and I have tried to highlight a few of those stories in the past several days. Another teacher who made a major difference to me was my high school band director, Mr. Bob Goodner. Mr. Goodner taught at Choctaw High school and always challenged his students to do their very best. My very first time to eat at Whataburger happened on a band trip to South Padre Island. (I’m not sure that Whataburger has been an inspiration in my life, but it says something that I remember something so small from so many years ago!)
Mr. Goodner was very patient with me. I loved band and I always had ideas – I remember approaching him with a marching band routine that I was designing myself. Somehow he could listen to my ideas (even giving me charting paper to encourage those ideas) and remain gracious with me – a high school student who had the audacity to try to be in charge! Mr. Goodner was an exceptional trumpet player and he led our band in marching season and concert season to the most difficult and beautiful musical pieces. He would not let us settle for just “getting by.”
To this day, being in band is one of the best things of my life; it is an incredible thing to be an individual in a group that plays music. If someone were to ask me what award meant the most to me in my life, I would tell them it was the John Philip Sousa award that Mr. Goodner presented to me during my senior year in high school. It sits on the shelf in my office and is a cherished memento. It is a small little trophy that represents an achievement that wasn’t really my own – I was one instrument in a symphony. Mr. Goodner was able to bring out the different musical voices of all of his students together to produce something that none of us could have achieved alone.
He was there every day for class, in the summer for band camp, at the games, leading us to contests, and directing us in concerts. Mr. Goodner helped us to learn, grow, fail with grace, and win with humility. I know how to read music but more importantly, I know how to be one part of a band making music.
Thank you, Mr. Goodner for all the ways you changed my life!
#Teacherschangedme
#Teachersrock
#oklaed 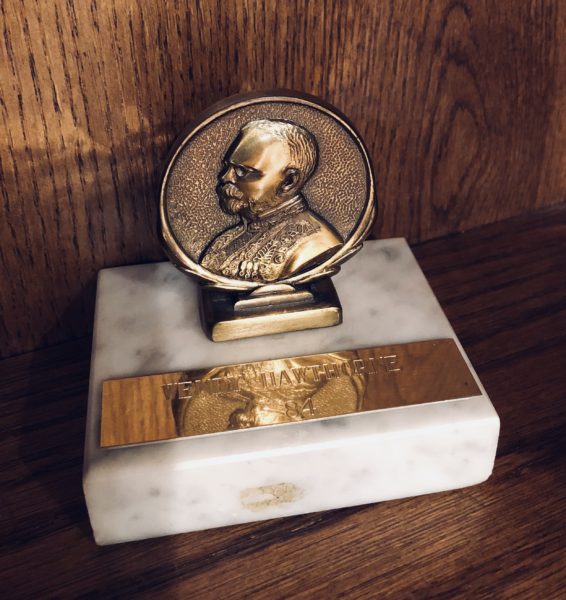