There are few entertainers who have a greater rags-to-riches story than Dwayne “The Rock” Johnson.  At first, he was a highly recruited football player.  He played for the University of Miami but lost his starting position in his final years.  He went undrafted to the NFL.  He went to Canada to play professional football for the Calgary Stampeders.  Sadly, he was eventually cut from the team in the middle of his first season.  His dream of playing professional football was over.  He was crushed.  The Rock did not let his failure stop him.  He turned to professional wrestling.

Dwayne Johnson had a rough life growing up.  Even though he lived in Hawaii, a beautiful paradise we all would like to visit, his family struggled financially.  The Johnson family often found themselves being evicted from their home because of their lack of money.  They rarely had enough income to afford the basics.  He did not let that hold him back.  He began to work hard to follow his dreams.  It was not until he signed his first contract with the WWF/WWE that he made his first steady paycheck.  It was not long until The Rock went from poverty to one of the highest paid professional wrestlers in history, and now one of the highest paid actors in the world.  Needless to say, his family no longer lives in fear of eviction.

Even with all the success that The Rock has experienced in his life, there was something that he had not done.  It was a performance unlike anything he had done in the ring, or on the big screen.  Dwayne “The Rock” Johnson was about to star in a Disney musical.  In 2016, Disney released Moana, starring The Rock as “Maui.”  The music was written by Lin-Manuel Miranda, the famous writer of In the Heights and Hamilton.  The Rock was used to performing on the football field and in the wrestling ring, but never behind the microphone in a sound booth.  When he was asked to join the cast, The Rock embraced this new role and began work on his vocals.  The athlete and actor would now learn to be a singer.  He worked hard to master the song written for him.  The movie and The Rock’s musical debut were a tremendous success.  The movie made $690 million and won Academy Awards.

As I read about the life of Dwayne “The Rock” Johnson, I was reminded there are no guarantees of success.  The Rock experienced multiple failures in his early life.  Even now, not all of his movies are a success, but he keeps trying.  Each of us will experience success and failure in life.  We must remain willing to try something new, something different.  We often let the fear of failure keep us from trying something new.  Failure is nothing to fear.  Our success is often found just on the other side of our fear.  Don’t give up.  Don’t give in to fear today.  Keep trying! 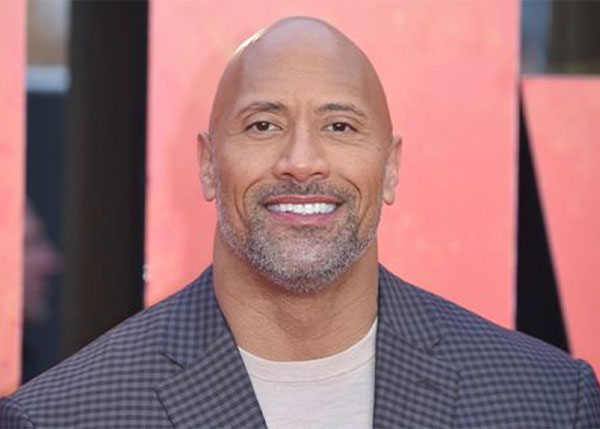