The Other Side of Humanity

In the hit Broadway musical, Come from Away, stories are told of the amazing people of Gander, Newfoundland.  Through their hospitality and kindness, people from all over the world are welcomed and cared for on the morning of September 11, 2001.

After the terrorist attacks of that morning, all air traffic was grounded in the United States.  All international flights were either sent back to their originating airports or redirected to a new location, outside of the U.S.  Thirty-eight large airliners were redirected to the small community of Gander, located on the far northwestern edge of Canada.  The small community of just under 10,000 would now welcome 7,000 new guests.

For the next several days, the people of Gander opened their doors to care for those who had “come from away.”  One of the amazing people that landed in Gander that day was Beverley Bass.  Beverley was a pilot for American Airlines.  In fact, she was the first female pilot for American.  In the Broadway musical, Beverley’s story is told alongside that of the wonderful people of Gander.

When the tragic events of 9/11 changed the world, the people of Gander changed the lives of the 7,000 stranded guests, including Beverly Bass.  Beverly makes it a point to attend as many performances of the show as she can.  It reminds her of the powerful experience she had with the people who worked so hard to bless her and all who had come from away.

In an interview with the Dallas Morning News, Beverly Bass was asked why she attended so many shows and why she had developed a friendship with those in Gander and the cast.  She offered this brief explanation; “In the midst of one of the most terrifying tragedies, they showed us the other side of humanity.  Friendships were made that will last a lifetime.”

How we treat others makes all the difference.  For Beverly Bass, her world had been turned upside down. The hospitality of the people of Gander and the joy of the show helps to remind Beverly that there was more going on in the world on that day than terror. When we offer hospitality and kindness to those who are experiencing troubles, we will find that we can show others that love and hope are far greater than any tragedy we may experience. 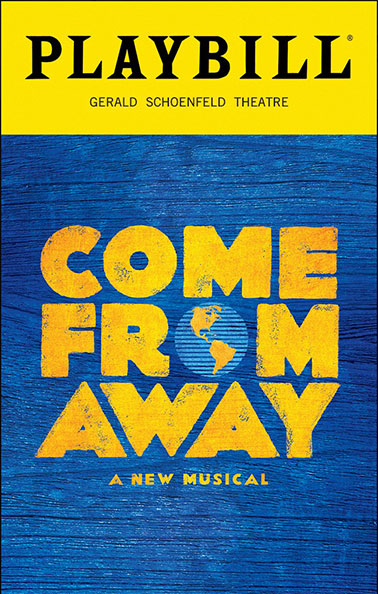