In a world that is so polarized and divided, one of the ways we can be a neighbor is by listening – and not just listening – but also attempting to understand others’ points of view.  In an election year when the rhetoric is super-charged, how often do we want to know what someone else is thinking?  Too often when we’re engaged in debate, we’re too busy thinking about what we’re going to say next instead of listening.  Many times, we don’t want to hear a person’s grievances.  We just parrot back talking points we’ve heard on cable TV or the radio or from a political candidate.

I think people want to be heard.  They want to be understood.  When that doesn’t happen over a long period of time, they get angry.  They may isolate themselves from others who they believe don’t share their views.  Being a neighbor means caring about what someone thinks.  It doesn’t mean you have to share their views or grievances.  It simply means you care enough to hear them out… to consider another point of view.

It seems to me many people were shocked in 2016 when Donald Trump was elected President.  They didn’t believe someone so controversial could ever be elected President.  I think the issue was those folks had not come to grips with the anger from people who supported Trump.  It was too easy to dismiss them as not being serious and to look at them as inferior.  These were people who felt they had no voice when it came to a world that was changing rapidly around them.  Change can be scary.  They had lost their jobs in factories and coal mines.  They believed that people crossing the border illegally were taking their jobs.  They believed the government had bailed out the big banks and Wall Street in 2008 but didn’t care about them.  For better or worse, Trump became their voice.

If you’re a liberal or moderate voter, when was the last time you sat down with a Trump supporter and really heard them out?  By the same token, if you’re a traditionalist worried about the inclusion of gays in the life of the church, have you ever sat down and talked to a mother whose son is gay?  When was the last time you sat down to talk to an African American citizen and ask them what it feels like to be stopped by police when they’re walking through a predominantly white neighborhood?  Or have you ever spent time visiting with a police officer and asking them what it feels like to stop a car for a routine traffic violation, never knowing for sure what to expect when they get out of their police car?

Jesus took time to listen.  When blind Bartimaeus asked Jesus to stop and have mercy on him, he did.  Jesus could have kept on going.  In fact, his followers encouraged him to do so.  They told Bartimaeus to be quiet.  Jesus had bigger fish to fry.  He was on his was to Jerusalem.  But Jesus listened and asked Bartimaeus, “What do you want me to do?”  Jesus always found time to hear people’s concerns, their fears, their needs.

If you want to be a neighbor this year, take time to stop and listen, to hear and to care… no exceptions. 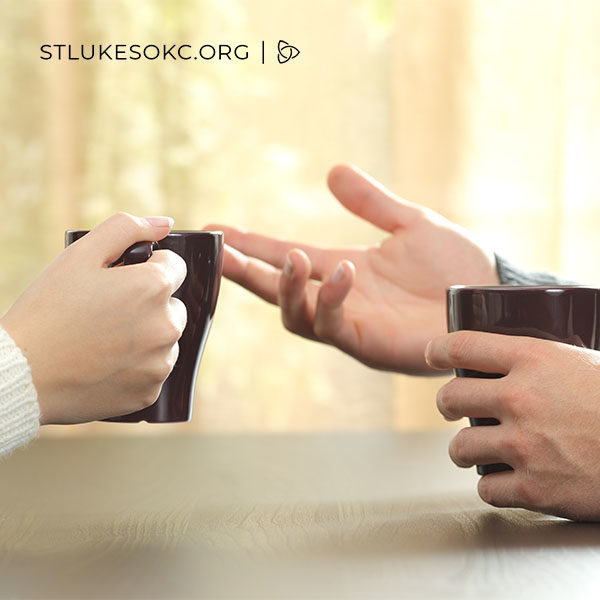