“And when he had come to Jerusalem he attempted to join the disciples; and they were all afraid of him, for they did not believe that he was a disciple.” – Acts 9:26

The story of Paul’s conversion is a pivotal story in the life of Christianity. Paul was a young Jewish leader who was focused on combating the growing number of people who were following Jesus.  Paul decided to expand his persecution of Christians to Damascus. While on the road to Damascus, Paul is knocked off his horse and blinded. At the same moment, he hears the voice of Jesus.  From this moment on, Paul, who once persecuted the Church, now works to spread the news of Christ around the world.

Paul’s work helped the church to grow and bless many lives. Paul did not work alone. He had many people who helped make his work possible.  One of the most significant people in the ministry of Paul was Barnabas.

When Paul first became a follower of Jesus, he was not well received by the other disciples. Who could blame them? Paul had been, “breathing threats and murder against the disciples of the Lord.” (Acts 9:1) Paul was now a believer, but the disciples were not sure he was really on their team. Even if he was a convert, could they forgive him and trust him? It was Barnabas who interceded and convinced the disciples in Jerusalem that Paul was a genuine disciple who had met Jesus on the road.  It was Barnabas’ willingness to vouch for Paul and encourage the church to accept him that allowed Paul to be accepted by the church leadership.

Barnabas’ encouraging words to the disciples, on Paul’s behalf, helped calm many fears about persecution and the legitimacy of Paul’s conversion. It opened the door to a ministry that blessed lives around the world.  Barnabas believed in Paul and encouraged others to do so as well.

The actions of Barnabas are a reminder that intentional encouragement can make a significant difference in the lives of the people around us.  When we are willing to speak encouraging words to someone, or on their behalf, we build them up.  There are more than enough negative words being shared; let us be the people who show love by the kindness of our words. Who will you encourage today? Will you speak up for others who need encouragement? If we speak encouraging words, we can help change others’ lives and change the world. 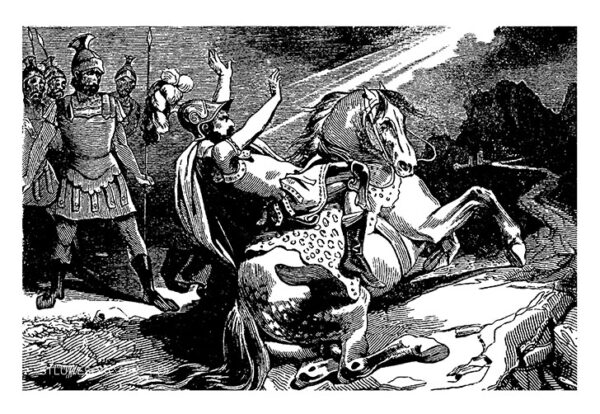