“This is my commandment, that you love one another as I have loved you” – John 15:12

President Carter has worked alongside of Habitat for Humanity for over 35 years. He has helped raise money and bring worldwide attention to their mission. His work for Habitat goes far beyond being a celebrity spokesperson. President Carter is often found on one of the work sites; hammer in hand, helping to bless a family while sharing the kindness of God.

President Carter no longer feels as well as he once did, but according to the CEO of Habitat for Humanity, “President Carter’s jump-right-in attitude hasn’t changed since his cancer diagnosis.” He continues to work to make a better life for others, even in the midst of his own struggles, and the many demands on a former President of the United States.

What President Carter has learned is the joy of helping others. He is focused on helping others. In a recent interview with the Associated Press, President Carter stated that one of his favorite things remains, “Handing the keys and a Bible to home recipients who, along with volunteers, are often moved to tears.”  Our lives are constantly filled with demands and problems, but when we turn our focus to helping our neighbors, we too will find a joy that overcomes our burdens. 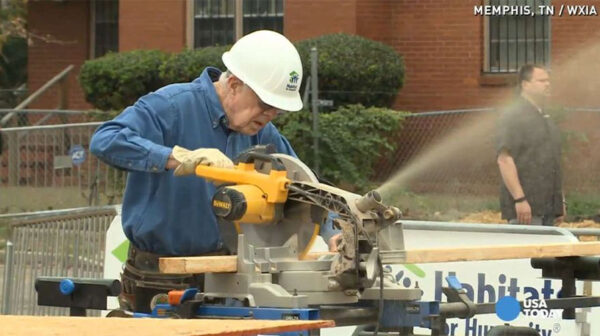