“Many are the plans in a person’s heart, but it is the Lord’s purpose that prevails.”- Proverbs 19:21

“Is everything ready for tonight’s live shot from D.C.?”

“Yes.  The satellite coordinates are booked.  Sean will have a live report during tonight’s newscast from the Cowboys/Redskins game,” I said confidently to the grouchy news director.

What if your ‘Plan B’ falls through?

A backup plan for the backup plan?  I had seen a lot of technical problems as a sports producer in the broadcasting business, but I’d never been asked for a ‘Plan C.’

“Well, if two satellite trucks aren’t working, we would have highlights edited and ready to go here for the sports anchor to show,” I said.

“No, that’s not good enough,” the boss snapped back.  “We better be live from D.C.  Get another backup plan.”

I remember thinking, “Should I have a ‘Plan E’?  Should I prepare for an asteroid knocking out the satellite?” Of course, ‘Plan A’ went off without a hitch, our station’s live shot looked great, and the sports department had a good laugh imagining all the unlikely disasters we should prepare for in the future.  But I’ll admit… I notice myself being a control freak, as well.

On airplanes, I have the urge to ask the pilot if they’ve filled the gas tank.  I think the elevator won’t get stuck if I stand perfectly still.  I can be a backseat driver.  I will probably check this devotional 50 times for typos, even though it has an automatic spellcheck.

My ears perked up when I heard about a 1975 study called, “The Illusion of Control” by Ellen Langer, which examined the tendency for people to believe they can control, or at least influence, outcomes that are beyond anyone’s control.

When “life happens,” the shattering of that illusion of control can lead to stress, anger, or fear.

Planning for life is a good thing, but it doesn’t guarantee success.  So, I’ve learned to say The Serenity Prayer – “God, grant me the serenity to accept the things I cannot change, the courage to change the things I can, and the wisdom to know the difference.”

There’re a million self-help books out there, but the Bible is the ultimate “Orientation to Life” guide.  It has instructions from God, examples of successes and failures, and my favorite backup plan of all: Proverbs 3:5-6.

“Trust in the Lord with all your heart and lean not on your own understanding; in all your ways submit to him, and he will make your paths straight.” 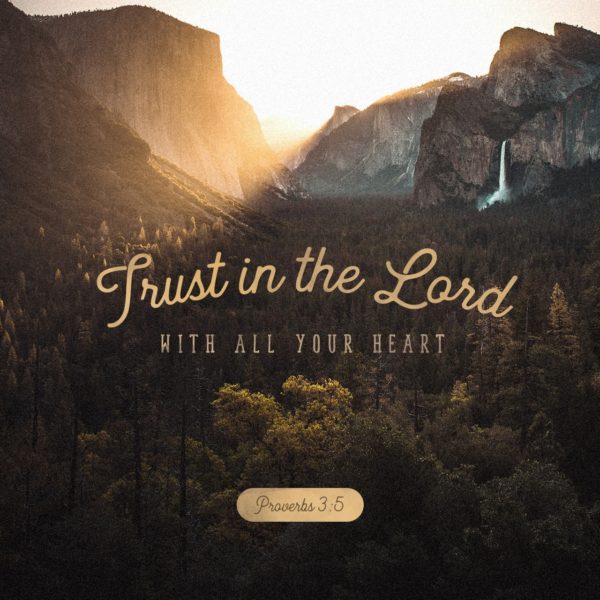