Opportunity Out Of Pain

Finally, all of you, be like-minded, be sympathetic, be compassionate and humble. – 1 Peter 3:8

When I met Lauren Allison in our Faith Journey 101 class several years ago, I knew immediately that Lauren would be an inspiration to me.  What I didn’t anticipate was how close we would become in what turned out to be the last years of her young life.

Lauren was diagnosed with Cerebral Palsy when she was 9 months old and was considered moderately to severely impaired.  Her parents, Jeff and Lenore, were encouraged to place her in a home where she could be cared for by people equipped to take care of her needs.  Instead, they brought Lauren home, loved her and cared for her for the next 30 years.  Life was difficult, demanding, and richly rewarding.  Their love for each other and their three children was steadfast.

Her disease caused her muscles to be tense all the time and she was in constant pain.  A new pump was developed that would administer small doses of a muscle relaxer to help with pain, but it was not yet approved by Medicaid.  When Lauren was eight, she went to the State Capitol and spoke to DHS and the Oklahoma Healthcare Authority on behalf of the 300 children on the waiting list for this pump.  Speech was a tremendous struggle for her, but through her personal testimony, determined spirit, and many prayers, the pump was approved.  Lauren was the first recipient, and her act of courage helped countless others.

I have a feeling that if Lauren had met Mr. Rogers, they would have become fast friends and she would have been a guest on his show.  Out of her pain, she found opportunities to help others.  Even as a child, Lauren’s therapists and doctors would often ask her to attend their classes and teach students about working with children who had developmental disabilities such as Cerebral Palsy.  She travelled from San Diego to New York, speaking as an advocate for those like her who literally could not speak.  Lauren read books to the children at the public library because she didn’t want them to be afraid of people in wheelchairs.  The Allison’s home became a gathering place for special education, physical therapy, and occupational therapy students from the University of Oklahoma since Lauren was willing to be their guinea pig and would try out their innovative ideas for helping people with special needs.

Lauren’s parents said it best in the memoir of her life they handed out at her memorial service: “In the 30 years of Lauren’s life, she was always aware that she was a part of something greater than herself.  Lauren was raised not to feel sorry for herself.  Even though her body was a constant source of pain and frustration, her spirit soared with determination and a heart full of love and laughter.” 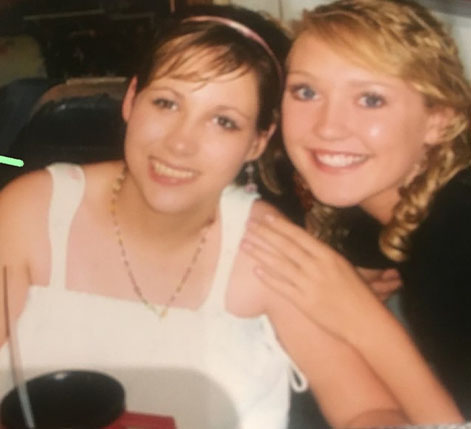