“Pleasant words are like a honeycomb, sweetness to the soul and health to the body.” – Proverbs 16:24

The competition is, to say the least, fierce. The winner of the men’s finals takes home an estimated $1,325,000.00 That alone is worth a battle on the court. When you consider the possible earnings and the prestige of winning this more than century old tournament, you can see why those who come to compete give everything they have to win. It is physically and emotionally draining to compete at such a level.

When French tennis star Nicholas Mahut was competing this year, he felt a great deal of pressure. Not only was he competing for the prize, but he was playing in his own country. Mahut was doing very well in the tournament. He won his first and second round matches. In the third round he was to face Leonardo Mayer of Argentina. It was a challenging match with Mayer eventually emerging victorious. It was a heart-breaking loss for Nicholas Mahut.

Immediately after the match, Mahut sat down in a court-side chair to collect his gear. His emotions began to overwhelm him, and he became visibly upset. It was during this sad moment that Nicholas Mahut’s young son is seen running across the clay court. He embraced his dad and whispered in his ear. With tears in his eyes, Mahut collected his things and he and his son walked off the court hand in hand. It was a moment that brought tears to eyes of all who were in the stands that day.

We do not know exactly what Nicholas Mahut’s young son whispered in his ear, but I can only imagine that it was pleasant words that lifted a dad’s heart in the midst of defeat. This beautiful image reminded me of the power of affirming words. When we speak kindly to one another we exercise the power to lift each other up. In the midst of the bitterness that life often delivers this young child reminds us that, “Pleasant words are like a honeycomb, sweetness to the soul and health to the body.” 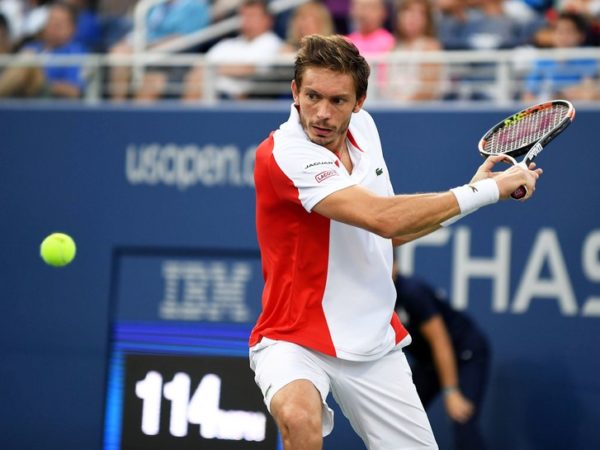