This past summer my family and I went on a road-trip. It was an adventure that we had been looking forward to for some time.  We traveled through Arkansas, Tennessee, Mississippi, Georgia, Alabama, Texas and Florida. We spent time enjoying some of the beauty of the many states. In the middle of our family trip, we rested at a beautiful cabin on the beach in Alabama. It was a wonderful trip that we won’t ever forget.

We wanted to girls to have fun on this trip and we wanted them to have experiences that they could not have in Oklahoma. We ate wonderful food, enjoyed the beach and spent many hours in the pool.

We also wanted to visit some of the wonderful historic sites found on our route. One of the places we stopped was the Sixteenth Street Baptist Church in Birmingham, Alabama.  This historic church was the first black church in Birmingham. In the early 1960’s the church was place where many civil rights meetings took place.

On Sunday, September 5, 1963 a bomb exploded outside of this church. This act of terror killed four young girls and wounded 20 other people during the Sunday school hour. It was a tragedy the rocked the city and Birmingham and the world. This terrible incident helped to turn the hearts and eyes of the world to the events occurring in Birmingham.

The church was restored because of generous donations that poured in from around the world. Later the park across the street, where many civil rights marches were held, was redone to memorialize these four young girls and all who marched for freedom and justice.

As we stood in that park, I was overwhelmed by the history that was right in front of us. A local man approached us and shared some details about the park that we were not aware of. He drew our attention to the sidewalk where we were standing. The park was beautiful, and the stone sidewalk was nice. What we did not realize was the detail that went into the stone that made the walk that surround this large park. It was brick of different color. Specifically, red, yellow, black and white brick and stone was used to make the sidewalk.   We were literally standing on a work of art.  It serves as a reminder to all who came to this historic church and park that all who come there are God’s children.

When I realized the reason for color chosen I overwhelmed with emotion. The sadness that came over me was for the senseless violence and deaths of those little girls, so close to the age of my own daughters. I was heartbroken to that we as humans could have the capacity to treat others in such a terrible way.

Standing in that beautiful park, on that beautiful sidewalk as we looked towards the historic Sixteenth Baptist Church, I was reminded that we must remind ourselves who created us and who has called us His children. When we remember that God has created and loved each and every one of us we will treat one another with kindness, respect and love. The same love that God has shown to us. 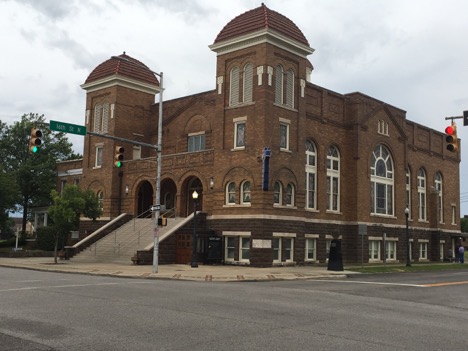 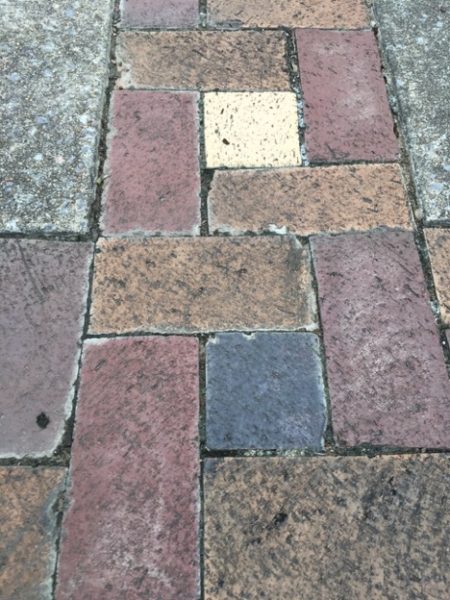