The young nation of Israel experienced great trials and pain throughout its early existence. Not long after David and Solomon sat on the throne, Israel truly began to struggle. After Solomon died, the nation split into two kingdoms, Israel in the North and Judah in the South. Soon, their internal problems would lead to external pain. In 722 BC, the Assyrian army conquered the northern kingdom of Israel. Many of the people of Israel were captured and dispersed throughout the vast Assyrian empire. Others were brought in to occupy the territory, taking land and possessions from families that had been held since the time of Joshua.

It was not long after the fall of Israel that the southern kingdom of Judah was attacked and conquered by the Babylonians. In 588 BC, the Holy City of Jerusalem was captured, and the temple of the Lord was destroyed. It appears the promise of God was disappearing from the earth. God’s people were scattered, the land promised to Abraham and Moses was occupied, and the house of God was in ruins.

It was during this time that God raised up several people to remind everyone of the faithfulness of God, and to call God’s people to faithfulness themselves. One of these unique people was the prophet, Ezekiel. Ezekiel had been captured and taken into the heart of the Babylonian empire. It was there that Ezekiel told the people about the fall of Jerusalem. Ezekiel led the people through a long time of mourning for the destruction of the promised land, and for the sins of the people. Ezekiel helped the people to see the reality before them and resisted allowing the people to avoid their place in this national tragedy. As they mourned, Ezekiel spoke God’s word and called the people to repent and experience new life.

The book of Ezekiel takes the reader from a place where God has seemingly abandoned the people to the wonderful vision where Ezekiel is taken out by the Spirit of the Lord to a valley, full of dry bones. In this place, surrounded by death, Ezekiel is asked the question, “Mortal, can these bones live?” God then commands Ezekiel to speak God’s words of life in the middle of the valley, and there before Ezekiel’s eyes, the bones begin to live again.

This amazing story of our faith tells us that God is at work among us. In the darkest of moments, when it seems as though death is all around us, God speaks the words of life and brings resurrection to that which has passed away. When we look to God in our weakness, in our pain, and in our sin, God will once again speak to us the wonderful words of life, just as he did to His people, so long ago. 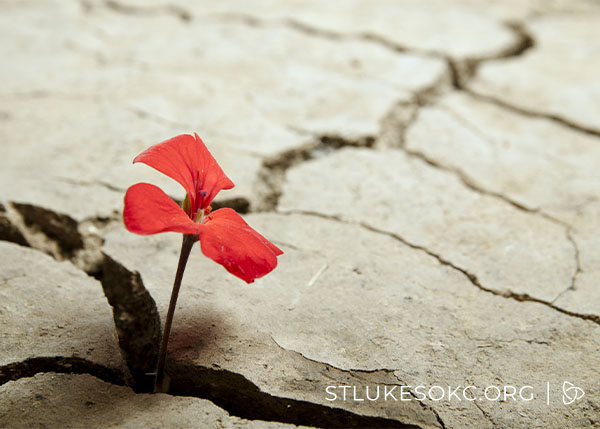