“In every way and everywhere we accept this with all gratitude.” – Acts 24:3

Corrie ten Boom is a wonderful example of a person of faith who lived their life in gratitude. She is the author of The Hiding Place. This novel is the story of her life under the Nazi occupation of the Netherlands. Corrie and her family did all in their power to resist the Nazi occupation by hiding and smuggling Jewish citizens to freedom.

In the winter of 1944, a local informant betrayed Corrie ten Boom and her family. They were arrested, separated, and sent to various prisons and camps. Corrie and her sister Betsie eventually were sent to Ravensbruck, a women’s concentration camp in Germany.  Corrie and her sister endured the harshest of conditions. Betsie would lose her life in that terrible place. By God’s grace, Corrie would survive the horrors of that concentration camp.

In 1971, Corrie ten Boom would release her book, The Hiding Place. She would tell of the deplorable conditions and the inhumanity they faced in Ravensbruck. She also wrote about how God, in the midst of that concentration camp, taught her how to be grateful.

Corrie was able to smuggle a small Bible into the camp. She and her sister found great comfort in being able to read the great stories of hope each night. They would share with the women who were crammed into the barracks along with them. Each time they prayed and read scriptures, they would find peace and comfort amid darkness and pain.

One scripture they read on their first day at Ravensbruck was 1 Thessalonians 5:16-18.  “Rejoice always, pray constantly, give thanks in all circumstances; for this is the will of God in Christ Jesus for you.” This was the scripture that was fresh in their minds when they entered their barracks for the first time and realized they would be sleeping in a room infested with fleas. Corrie told her sister that she was grateful for many things, even in Ravensbruck, but she would not be thankful for fleas.

It was not long into their imprisonment at Ravensbruck that Corrie and Betsie realized why they could even be thankful for the fleas.  They realized the guards were aware of the presence of the fleas, and they stayed far away from the barracks.  This allowed the women to freely pray and read scripture every night.

It is not always easy to be thankful in our current circumstances. We often fail to see all that we can be thankful for, even when it is right in front of us.  I cannot begin to imagine the difficulties that Corrie and Betsie had to endure. But I am thankful that she was able to share her thankfulness of fleas. It reminds me that God is at work, even among the dark, flea-infested places of the world. I am also reminded that even in the most difficult of circumstances, there is always something to be thankful for. 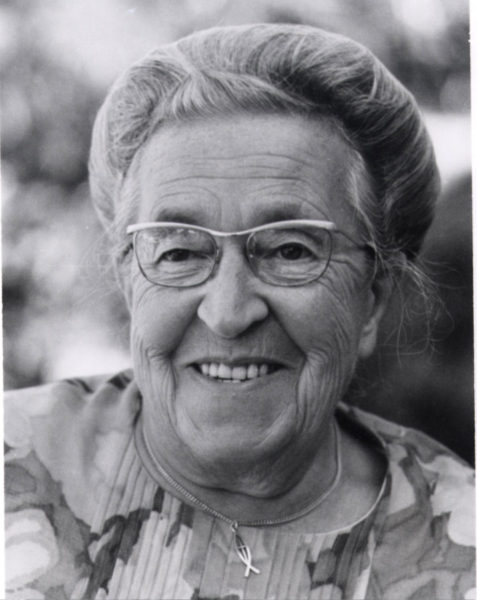