“And immediately something like scales fell from his eyes and he regained his sight.  Then he rose and was baptized” – Acts 9:18

The Bible is filled with stories of ordinary people who bless others through their faithful service to God. Because these special people were willing to say “yes” when God called, lives were changed, and the world was changed for the better.

One of my favorite, faithful followers of Jesus is Ananias.  He is a disciple who lived in Damascus, far from all the action that was happening in Jerusalem.  One day, God called to Ananias and asked him to go to a house in Damascus and pray for a man named Saul of Tarsus.

I have no doubt that Ananias was shocked when God called him into service that day.  Not only was he surprised to hear God’s call, but also the call was for him to go and see Saul.  Ananias had heard about Saul and how he was persecuting Christians around Jerusalem.  Now the persecutor had come to his hometown.  Ananias pleaded with God, worried for his own safety. God replied, “Go, for he is a chosen instrument of mine to carry my name before the Gentiles and kings and the sons of Israel.” (Acts 9:15)

Ananias quickly went to find Saul.  After he found him, he prayed for Saul and placed his hands on him… an amazing act of bravery.  This simple act of obedience opened the eyes of Saul, also known as Paul.  From this point forward, he no longer persecuted the followers of Jesus.  He joined them and helped to spread the message of Christ around the world.

Ananias helped to change Paul’s life that day because he was obedient to God.  His faith in God made him available and willing to be used by God.  I am sure he never thought he would be called to face the man who was persecuting the church, but when God called, he answered the call.  What is God calling you to do?  Who could you be praying for today?  What act of service is God equipping you for?  How can you bless the lives of others?  Like Ananias, God is calling us make a difference in our world. 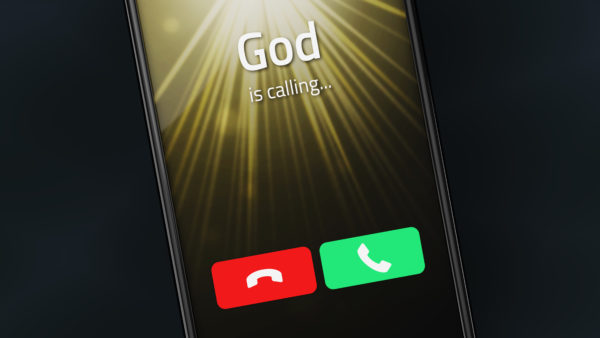