“You were chosen according to the purpose of God the Father and were made a holy people by his Spirit, to obey Jesus Christ and be purified by his blood. May grace and peace be yours in full measure.” – 1 Peter 1:2

I’ve known since I was a child that I wanted to be a mother.  In fact, I yearned for the day to come. I was confident I would succeed at motherhood, so when I first learned that my husband (then boyfriend) had a son, I didn’t hesitate… I was made for this!  I became a wife and a stepmom in January 2018 and I couldn’t see any obstacle that would stand in my way.  We were a family and we were strong.  There wasn’t anything we couldn’t do together!  But, the first few months were tough on all of us.

It was a new family dynamic, all of us living together, learning our roles and working out boundaries.  My expectations of being a stepmom were quickly shattered and my confidence diminished.  I struggled with seemingly little things, like how to introduce my stepson to others; do I call him,‘son?’  ‘Stepson?’  Factually, he is my stepson, but emotionally, he is my son.  Was it misleading to call him ‘son?’  Would he feel less than if I refer to him as stepson?  What about me; who am I?  Am I a real mom?  Do I qualify for the mom’s group?  Can I contribute to the mom chatter?  I asked myself these things regularly.  The“titles” seem rather minor, but it really made me question my identity and, at times, my worthiness.  I was just a stepmom.

The bigger issue I struggled with was my perceived inability to build and establish a meaningful connection with my stepson.  I wanted what my husband had with his son, but I felt like an outsider.  I didn’t know where I fit.  I found myself at times resentful of the bond my husband had with his son, because I knew it was something I would never have, not the same way – they were blood.  I also knew he had a mom; I wasn’t replacing something he had lost; I was in addition to what he already had.  He didn’t need me.  My stepson embraced me wholeheartedly from the beginning.  I struggled in public to cheer for, give hugs to, and say “I love you” to my stepson the way I wanted to – because I had been told I wasn’t his real mom.  I had been silenced.  I was so ashamed.   I slowly disengaged.  I spent time alone and told my husband he needed one-on-one time to bond… just the two of them.  I felt like a failure and I didn’t know how to admit my feelings; they felt wrong and they fed the lie that I started to believe – I just wasn’t a real mother and, essentially, I was unnecessary in my stepson’s life.

I am still navigating what it means to be a stepmom, but I’ve stopped questioning whether God knew what He was doing when He placed me in this role.  What I have been able to do is clearly define my role as a stepmom.  My job is to love my stepson with wild abandon, to support him, teach him, and cheer him on through life.  He is worthy and deserving of all the love I have for him.  He deserves to hear “I love you” every time we part.  My only job is to be a stepmom; I am not replacing anyone, and I am not competing with anyone.  I am just a piece of his puzzle; the one God designed for him and for me.  By not owning and accepting my place in his life, I was potentially fostering the same feelings of inadequacy in him that I had felt.  I realized that what he needs to know is that he is also “enough.”  God brought me to this place because He knew I was enough and He has patiently waited for me to figure out that I am enough, as well. 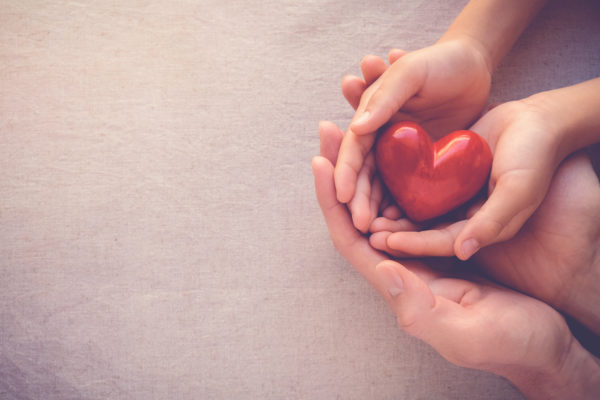