Written by the St. Luke’s staff, the daily devotionals follow the theme of the current sermon series and provide inspiration through real life stories and personal accounts. 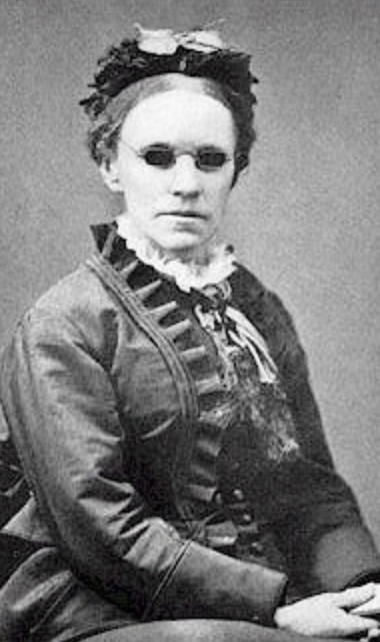 Fanny Crosby was known as the Queen of Gospel Song Writers. She wrote so many songs that publishers often would reject her songs because they thought they had too many of her hymns in their collections. She often had to use a pseudonym so that she could continue publishing her beautiful words. Amongst her many songs were, Pass Me Not, O Gentle Savior, Rescue the Perishing, All the Way My Savior Leads Me, and Blessed Assurance.  Her contributions to the world of music still influence worship in churches some 100 years after her death.

Crosby had an exceptional gift. Her ability to write powerful words and music has helped congregations sing praise to God in truly mighty ways. Beyond her gift for writing is the fact that she overcame a significant obstacle in her life. As a baby, Fanny developed an infection in her eye. A local doctor tried an ill-advised remedy on her eyes. This treatment caused Fanny Crosby to lose her eyesight. 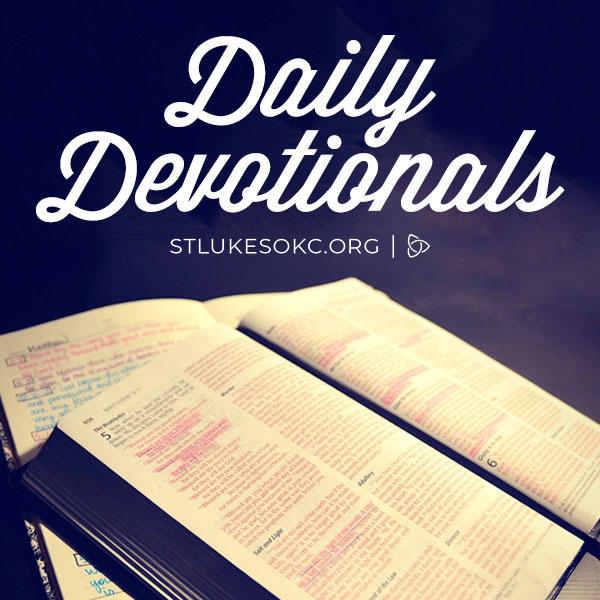 “Have no anxiety about anything, but in everything by prayer and supplication with thanksgiving let your requests be made known to God.”

“Blessed be the God and Father of our Lord Jesus Christ, who has blessed us in Christ with every spiritual blessing in the heavenly places,” 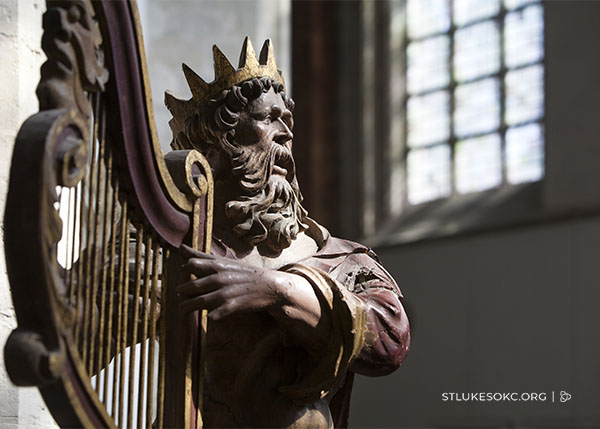 Psalm 9 was written by David. We know so much about David and we understand that God did much for David. It was appropriate for David to express his gratitude to God. David was the youngest child of a family who did not have great political power. In ancient Israel, the youngest son had little to no authority, power and responsibility. When we first meet David, he has been taking care of the sheep… not really a glamorous job. When David’s brothers went to war, David stayed home with his father to care for the sheep. The only reason David was present to fight Goliath was because his father had sent him there, as a messenger, to bring back word of the battle with the Philistines, and to deliver food to his older brothers. Although David is successful in many battles, he finds himself on the wrong side of King Saul. He eventually must run and hide from Saul. And famously, we know of David’s failure when he gives into temptation and selfishness with Bathsheba. He even has her husband, Uriah, killed to cover his transgression.

David had many struggles, but he also had many wonderful triumphs. 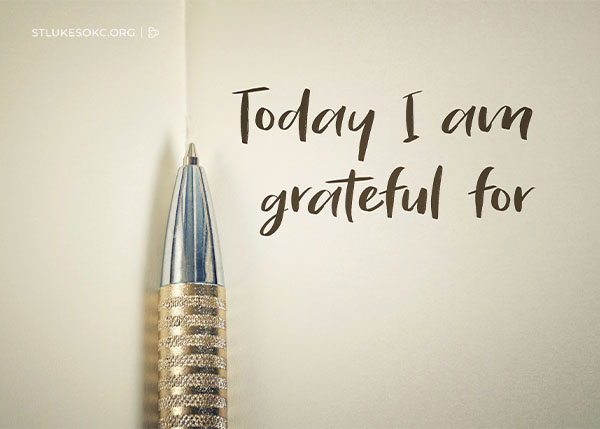 Our “Women of Faith” Bible study has been reading a book called 31 Proverbs to Light Your Path by Liz Curtis Higgs.  Each of these short chapters looks at a different proverb and the wisdom we can learn from each of these selected verses.  This last week, we studied one proverb from chapter 14, verse 30, that addressed envy: A heart a peace gives life to the body, but envy rots to the bones.  The author described envy as a spiritual osteoporosis of sorts.  As many of these proverbs do, there’s a strong contrast between one action or attitude and another.  So instead of the “wasting away of bones” that we can get from envy, we could have a “peaceful heart.” 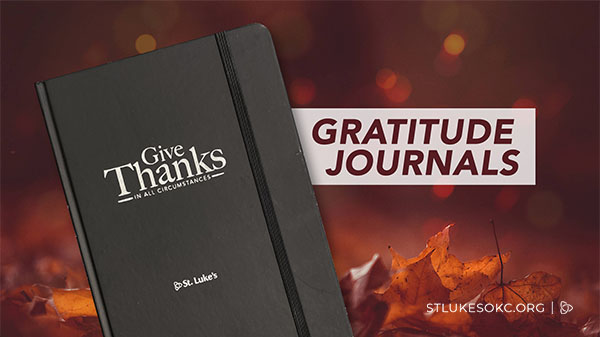 This past Friday, I learned of the death of a teacher who made a special impact on my life. Rev. Dr. William Abraham was one of my professors in seminary. I was privileged to have several classes with Dr. Abraham. He was a challenging teacher that demanded significant academic effort from his students. He was also a devoted disciple of Christ and lived out his faith by helping others connect with God. In my final year of seminary, I had a wonderful experience with Dr. Abraham. Each Tuesday morning, I would join him and a few other students for breakfast… 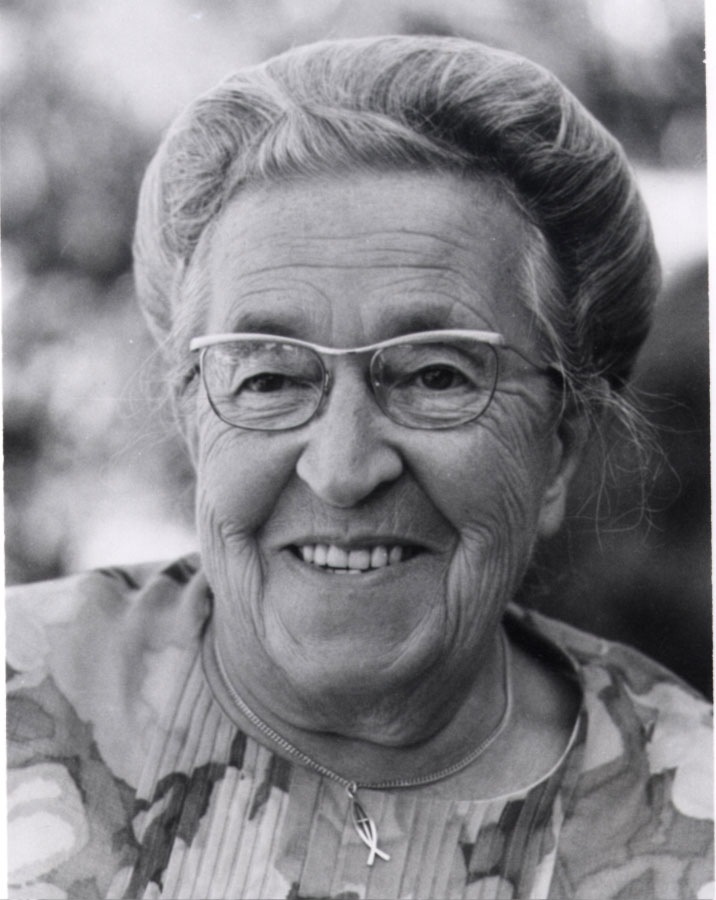 Corrie ten Boom is a wonderful example of a person of faith who lived their life in gratitude. She is the author of The Hiding Place. This novel is the story of her life under the Nazi occupation of the Netherlands. Corrie and her family did all in their power to resist the Nazi occupation by hiding and smuggling Jewish citizens to freedom.

In the winter of 1944, a local informant betrayed Corrie ten Boom and her family. They were arrested, separated, and sent to various prisons and camps.

How do you begin your prayers? Do you say the same thing every time? Do you wish you had better words to say when you pray? Do you struggle to pray? I find that the hardest part of praying is getting started. There are so many things that compete for our attention. To find a small moment, draw still, and just begin to pray is my struggle. And when you start, what do you say?

Give thanks in all circumstances; for this is the will of God in Christ Jesus for you.

For the grace of God has appeared, bringing salvation to all, training us to renounce impiety and worldly passions, and in the present age to live lives that are self-controlled, upright, and godly, while we wait for the blessed hope and the manifestation of the glory of our great God and Savior, Jesus Christ. He it is who gave himself for us that he might redeem us from all iniquity and purify for himself a people of his own who are zealous for good deeds.