The newest session of Wednesday Night Alive will begin January 27 and run through March 24, 2021. The Winter session of WNA will be completely online in the interest of accessibility and safety during the Covid-19 pandemic. Classes will be offered in an on-demand or synchronous (Zoom) format. The class list and details are below. And you can view details about how to watch each class individually or see all classes by clicking the button to watch on demand.

We recognize the challenges many families are facing during this global pandemic. For the safety of you and your families, St. Luke’s is offering this session of Wednesday Night Alive completely online.

The following classes are offered in either an on-demand or synchronous (Zoom) format. You are encouraged to participate in as many classes as you would like!

Are You Tired of Fighting? | Dr. Bob Long and Rev. Wendy Lambert

Are You Tired of Fighting?  | Dr. Bob Long and Rev. Wendy Lambert
Watch at 6:30 p.m. on Wednesdays: livestream platform or on Facebook or click here to watch on demand.

Are you tired of all the fighting that is on the news, social media, and television? Politicians, sports figures, actors, and everyone in between, seem to make arguing the primary mode of communication. Christ offers a different way to live. Join Dr. Long and Rev. Lambert as they use the book, “Love Your Enemies” by Arthur C. Brooks to examine a way to love our enemies instead of fighting with them. 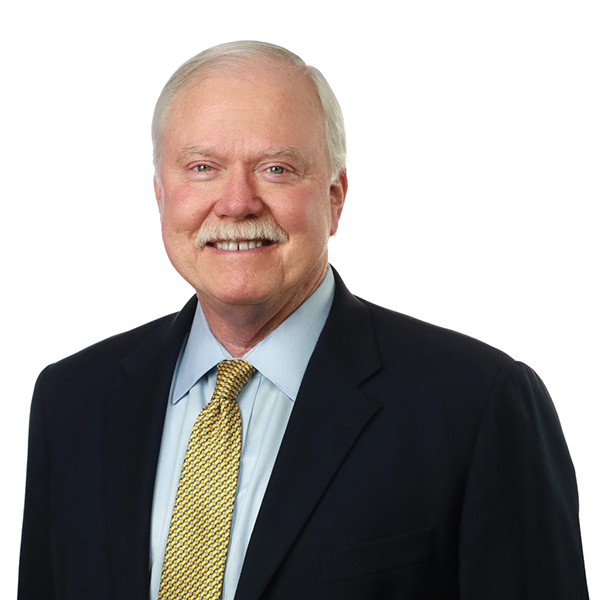 Bob is a native of Houston, Texas and earned his Bachelor of Science degree from Sam Houston State University and a Masters of Theology from Southern Methodist University’s Perkins School of Theology. He also holds a Doctor of Divinity Degree from Oklahoma City University. Known for his practical, uplifting scriptural messages, Bob has become a positive example of leadership in both the United Methodist Church and throughout the community. Bob and his wife, Marsha, have been married for over 40 years and have two married children, daughter Kelly, and son Paul. The two are also proud grandparents to six grandchildren.

Wendy was born in Dayton, Ohio but claims Oklahoma as her home state! She received her Masters in Physical Therapy from the University of Nebraska and practiced physical therapy before being called into ministry. Wendy received her Masters in Divinity from Southern Methodist University’s Perkins School of Theology. Wendy is married to Chris Lambert and they have two children, daughter Hannah, and son Brooks.

Basics of the Bible | Rev. Josh Attaway
Watch at 6:30 p.m. on Wednesdays: livestream platform and on the St. Luke’s Edmond Facebook page or click here to watch on demand.

The Bible is the foundational text of the Christian faith.  It tells us the stories that make up our faith tradition, passes down the covenants and commandments that hold us together, and helps us encounter God in a deeper way.  But how much do we really know about the Bible?  Who wrote it and how did these particular books become included in the Bible while others were left out?  Ultimately, what authority does the Bible have for our lives?  We will be looking at all these questions and much more as we take a look at the basics of the Bible. 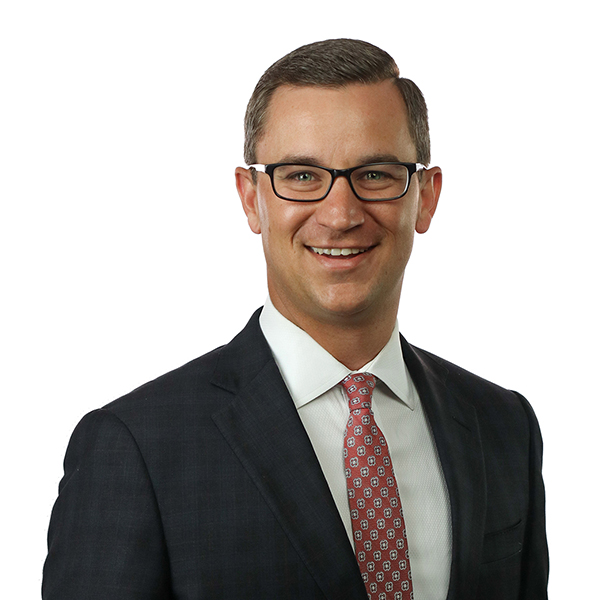 Josh is the Campus Pastor at St. Luke’s Edmond.  Josh graduated from Garrett-Evangelical Theological Seminary in Evanston, Illinois with a masters in Divinity with a concentration in Congregational Leadership.  Josh is married to his wife, Brittany, and enjoys playing golf, traveling, reading, adventure, and spending time with his baby daughter, Lucy.

The season of Lent is a time to reflect on our lives to see if we are living out the daily values that God expects of us.  As we make our way toward Easter we will look at the Seven Deadly Sins and try to figure out how we become entangled with them and how we get ourselves on the right path.  How many of you can name each of the seven?  By the end of our class you’ll hopefully know each deadly sin and how to avoid them.

Behind the Scenes at St. Luke's | Rev. Phil Greenwald

Have you ever wanted to know more about the people and activities of St. Luke’s beyond Sunday morning?  Each week, Phil Greenwald will interview 1-2 program, administrative or support staff.  You will hear more about the work they do, their personal faith journey, and ways you can engage with ministry opportunities.  Learn about the St. Luke’s childcare operations, the business office, the missions programs, the facility teams, and more.  Our hope is that you will feel more connected with the staff who provide and support ministry in the family of faith.

In the Gospel of Matthew we find the greatest sermon ever delivered. It was radical, theological, controversial, comforting, challenging and inspirational. The Sermon on the Mount contains some of the most well-known teaching of Jesus. Matthew dedicates three chapters to these awesome teachings that help to define the faithful Christian life. Join Rev. Keith King as we examine this powerful sermon, delivered over 2000 year ago, and see how these teachings help us to lead a faithful life today.

Love Your Neighbor in Times of Crisis | Rev. Mary Hughes

Each week different guest presenters will cover a variety of topics to help us respond more faithfully and effectively to the crises we encounter in our community and in our own lives.  The presenters are experts in various fields that will equip us to better love our neighbors, no exceptions.

Rev. Mary Hughes is a licensed professional counselor and ordained United Methodist deacon. Since 1995 Mary has worked professionally in response to disaster emotional and spiritual care needs in more than two dozen states across the United States. A frequent teacher and presenter in Oklahoma and beyond, she has authored and contributed to numerous disaster response curricula and resources and has provided key leadership in developing national standards and best practices in disaster spiritual care. She is director of Crisis Care Ministries and is proud to be affiliated with St. Luke’s as her home church.

Freedom of Religion and the Constitution | Kerry Maye

Freedom of Religion and the Constitution | Kerry Maye
Zoom on Tuesdays at 6:30 p.m. by clicking here stlukesokc.org/WNAzoomFreedom or click here to Watch On-Demand

As Americans, we often take the freedom to believe and practice the faith of our choosing for granted.  This class will be an interactive look at the development of religious freedoms in America.  We will begin by looking at how government-controlled religions treated other faiths in Europe and the Colonies.  We will then explore the process of the adoption of the First Amendment.  We will spend most of our time discussing how the Courts’ interpretation of the protections of the First Amendment has changed over time, and where it might be heading in light of current composition of the Court.  This will be a very relaxed discussion base class, no law degree required. 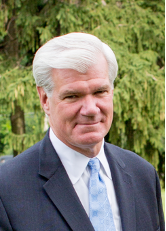 Kerry Maye is a lawyer in Edmond, where he practices with his wife, Leslie. Since 2003, Kerry, in addition to his practice, has been an Adjunct Professor of Law at OCU College of Law where he has taught a variety of classes, including Constitutional Law. Kerry gives an annual presentation to the Oklahoma Judiciary summarizing the significant cases decided by the U. S. Supreme Court.

Yoga for Every Body | Tisha Tate Garcia
Zoom on Wednesdays at 6:30 p.m.  |  stlukesokc.org/WNAzoomYoga

Research has shown that yoga can improve flexibility and build strength, while calming your mind and deepening your sleep.  Join Tisha Tate Garcia for a true all-levels “at home” yoga class designed for everyone’s body.  If you have been curious about yoga or have been practicing for years, you are welcome to be a part and experience all the benefits yoga has to offer. Let’s feel better in our bodies and more peaceful in our minds together. This class will meet via Zoom each Wednesday at 6:30pm CST except for Ash Wednesday, February 17.

Tisha Tate Garcia is a speaker and teacher who encourages people to slow down, let go and come home to themselves through breath and movement.  Tisha’s own empowering journey is marked by losing over 100 pounds.  Motivated to share the experience of feeling good with others, she brings her inclusive philosophy of “yoga for every body” to all of her classes.  She knows “if you can breathe, you can do yoga!”

As new residents of Washington state, Tisha and her husband, Rafael, are now close to her son, Ian, and his wife, Mandi.  She is a registered yoga teacher within the Yoga Alliance association.  You can learn more about Tisha and see her schedule at www.tishatate.com.

Our Youth WNA series, The True You, and will look to answer these universal questions asked by anyone, but especially by teenagers: Who am I? Am I accepted? What is my purpose?  We will focus on the truths from scripture to reveal answers to these questions of identity and purpose. Students can find encouragement and guidance through a message of hope about the truth of who we are in Christ. Each Wednesday, a video featuring both youth leaders and students, will release for students to view this message of hope and a song of worship. We will also offer small groups on Zoom to check in and have community together and a time to reflect on these videos.

Each lesson will begin with a fun video to introduce one of Jesus’ parables. Then families can use the activities to further explore lessons and find out how to apply them to their lives. Kids will identify gifts, talents, or abilities they have been given and how they can use those for God. They’ll learn that God wants us to show love to everyone, even people who are different than us or might disagree with us. They’ll be reminded that they shouldn’t hold grudges when others mistreat them. They’ll discover that they matter to God and He loves them. They’ll learn that they can trust God. They’ll think about what foundation their life is being built on-Jesus or something else. They’ll learn that there is no mistake they’ve made that God can’t forgive.

Jesus said, ‘Whoever has ears should listen.’” (Mark 4:9) This study is a fun way for kids to hear these messages from Jesus!

Connecting with Your Class

You will not need to pre-register for classes this semester. Detailed information on how to access on-demand videos, livestreams, and Zoom classes are forthcoming and will be listed on this page as soon as they are available.

Please fill out the form and we will get back with you as soon as possible.