Premiered on Broadway at the New Amsterdam Theater on November 13, 1997.

A young lion prince is cast out of his pride by his cruel uncle, who claims he killed his father. While the uncle rules with an iron paw, the prince grows up beyond the Savannah, living by a philosophy: No worries for the rest of your days. But when his past comes to haunt him, the young prince must decide his fate: Will he remain an outcast or face his demons and become what he needs to be?

Differences between the musical and film

The musical incorporates several changes and additions to the storyline as compared to the film. The mandrill Rafiki’s gender was changed to a female role because Taymor believed that there was generally no leading female character in the film.

Several new scenes are present, including a conversation between Mufasa and Zazu about Mufasa’s parenting and a perilous scene in which Timon finds himself nearly drowning in a waterfall while Simba feels powerless to help him. A major narrative addition is the depiction of Nala’s departure in the scene “The Madness of King Scar”, where the mentally deteriorating villain tries to make Nala his mate. Nala refuses and later announces her intention to depart the Pride Lands and find help. She receives the blessings of the lionesses and Rafiki during the new song “Shadowland”.

Many of the animals portrayed in the production are actors in costume using extra tools to move their costumes. For example, the giraffes are portrayed by actors walking on stilts. For principal characters such as Mufasa and Scar, the costumes feature mechanical headpieces that can be raised and lowered to foster the illusion of a cat “lunging” at another. Other characters, such as the hyenas, Zazu, Timon, and Pumbaa, are portrayed by actors in life-sized puppets or costumes. The Timon character is described by Taymor as one of the hardest roles to master because the movement of the puppet’s head and arms puts a strain on the actor’s arms, back, and neck. 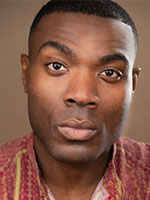 Isaiah is thrilled to be back with his amazing St. Luke’s Family! He is a former Life Light Band member. You may have seen him leading worship on Sundays, at the Civic Center with Lyric Theatre or even downstairs at Poteet Theatre. Shortly after receiving his BM of Music in Vocal Performance from Oklahoma City University, Bailey left Oklahoma to continue his career as a performer at regional theatres around the country, but spent majority of that time at Sight and Sound Theatres in Branson, Mo. After three great years there, Bailey felt led to take a leap of faith and move to NYC. This Spring Bailey made his Off-Broadway Debut in Revelation, The Musical. God is definitely faithful and provides ways to share His love with so many and that is what Bailey vows to continue to do. You can find Bailey’s music on any digital music outlet. To stay updated with Bailey, please follow him on social media.  “To God be the glory! “ 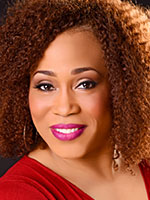 An attorney, administrative law judge and professional vocalist, no one who knows Chanda Graham is surprised to see her transition from the courtroom to the stage. Though a Musical Theatre novice, Chanda is no stranger to the performance stage. She made her debut as Motormouth Maybelle in the Sooner Theatre production of Hairspray and followed that up as Mother Superior in the rollicking comedy, Nunsense. With deep roots in gospel, Chanda has been blessed to share the stage with gospel giants Kirk Franklin, Donnie McClurkin, the Clark Sisters, and Kim Burrell, to name a few. Transitioning from gospel to jazz and blues was a natural progression in her musical expression. She has played with the best in local talent, including the Jeremy Thomas Quartet, Matt Stansberry and the Romance, Eldredge Jackson and Listening Pleasure, Taylormade Jazz, BluFonk, Mark Gibson, Jared Deck and many others. She was honored to perform with Blake Shelton on the NBC special “Clash of the Choirs,” and also appeared with Shelton in an opener for NASCAR. Chanda is also a studio vocalist, recording regularly for Grammy nominated, Wes Sharon at 115 Recording, The Music Group and independent music artists of every genre.

Two years ago, Chanda made her debut as a solo jazz and blues artist and has become one of the most sought-after singers in Oklahoma, appearing at the 2019 Bricktown Blues Festival, headlining the Arcadia Blues Festival in 2017, appearing as a featured artist for the Oklahoma Blues Society as well as Saints Sessions, Deep Deuce Sessions and City Sounds at Artspace at Untitled. On any Monday night, you can catch Chanda performing with the most incredible musicians in Oklahoma City as she co-hosts Live Jazz and Blues Mondays at ICE Event Center, which has quickly become an OKC destination for artists of world-wide acclaim. Presently, Chanda is working on tracks for her debut solo album. 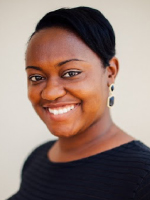 Elizabeth is an OCU graduate (B.A. Voice) who lives in central Oklahoma City. She is a passionate jazz-enthusiast who loves listening to live music. Currently she is involved in worship at her local church.She could not be more delighted to be apart of this performance.Liz would like to thank her family and friends for support.